It was revealed during a conference for Square Enix’s popular arcade game Gunslinger Stratos that an anime adaptation of the series has been green-lit. The presentation also revealed that Gunslinger Stratos -The Animation- will air in April 2015 throughout the Spring 2015 anime season. The anime’s cast and staff were also revealed and the first visual and promotional video were unveiled on the anime’s official website. 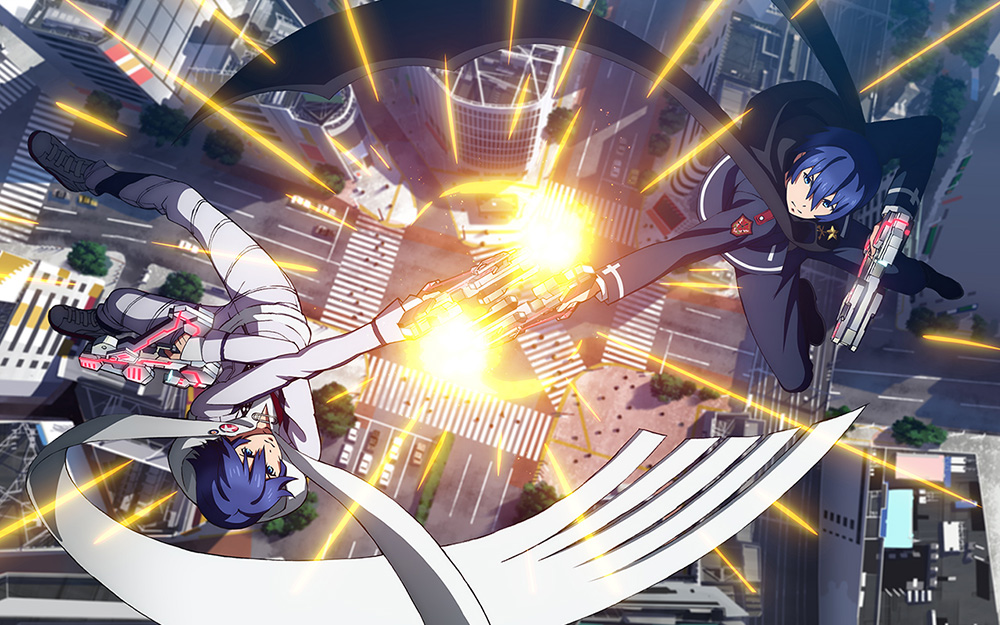 The main cast of Gunslinger Stratos -The Animation- was revealed at the event and includes the following:

The anime’s staff was also revealed and includes:

The first promotional video for Gunslinger Stratos -The Animation- was also released, introducing the setting of the anime:

And here is an animated PV for the game:

Gunslinger Stratos is an arcade game developed by Square Enix. It first released in Japanese arcades in 2012 as a third person shooter utilising dual light gun controls. In the game players can use the analogs on the light guns to move around and fly throughout a recreation of Tokyo. The game also supported 8 player multiplayer and a featured destructible buildings. A sequel of the game released earlier this year in Japanese arcades. The game was first released internationally in a small trail at the 2013 Game Developers Conference. Since then no further announcement about any international release was made, though there have been rumours about Square Enix making a console port of the games.

Suwabe revealed that at least one of the characters will die in the series, and will be filled with drama, death and romance.

Gunslinger Stratos -The Animation- will be airing from April next year on Tokyo MX, BS11, Tochigi TV, Gunma TV and Niconico, during the Spring 2015 anime season. Additional information about the anime will be revealed soon.