With the finale episode of Yasuhiro Nightow’s Kekkai Sensen (Blood Blockade Battlefront) TV anime confirmed to broadcast on October 3 on MBS, October 7 on BS 11, and October 11 on Tokyo MX. A new visual featuring a Halloween-themed poster of the series by animation director and key animator Koichi Hayashi has been revealed in the October 2015 issue of the Japanese anime magazine Animedia. This issue of Animedia can be purchased here. 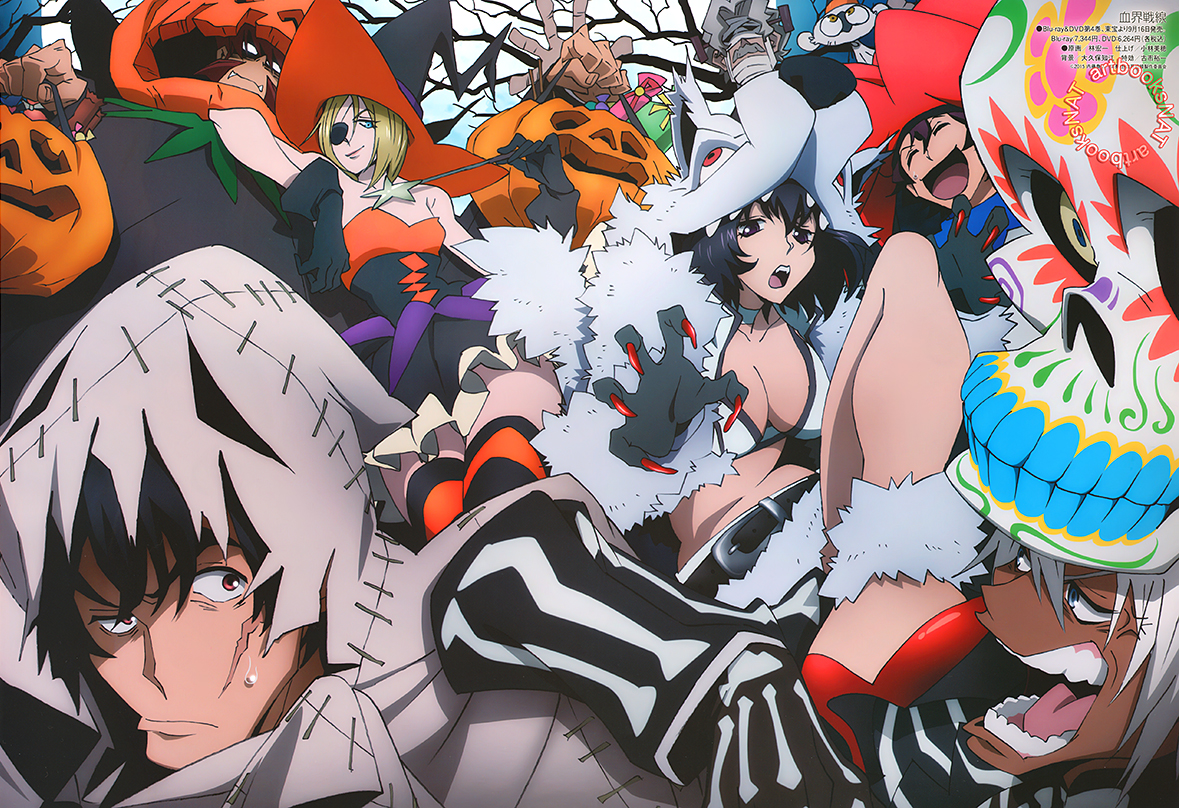 The final episode of Kekkai Sensen, titled Hello World!, will air on MBS on October 4 at 3:58am and will finish at 4:47am JST. The anime will then air on BS11 on the 8th AT 2:30am JST, and on Tokyo MX on the 11th at 7:30pm JST. It will also be streamed on various Japanese services, including Niconico, Bandai Channel, d Anime Store and dTV.