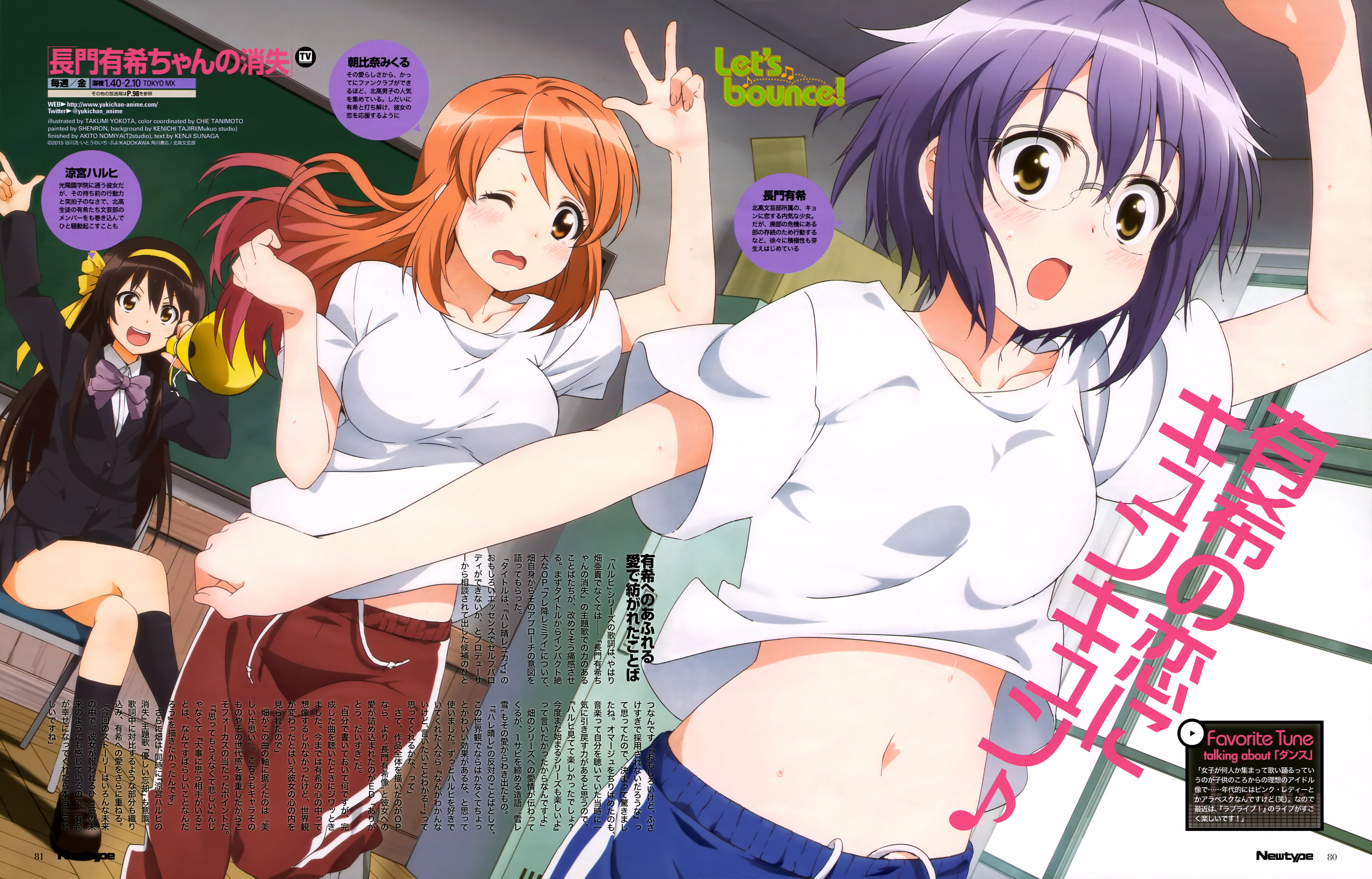 A new visual was also revealed in the May issue of NyanType magazine. The new visual features Yuki Nagato and Haruhi Suzumiya in gym clothes preparing for physical activity.

In addition to this, a new visual featuring the return of Haruhi Suzumiya in her Kouyouen School uniform leading the Literature Club, much to the detriment of Kyon was revealed in the May issue NewType: