The fourth manga volume of Sano Nami’s Haven’t You Heard? I’m Sakamoto (Sakamoto desu ga?) has revealed that the series will be getting a TV anime adaptation slated for April during the spring 2016 season. The anime will air on TBS and BS-TBS. 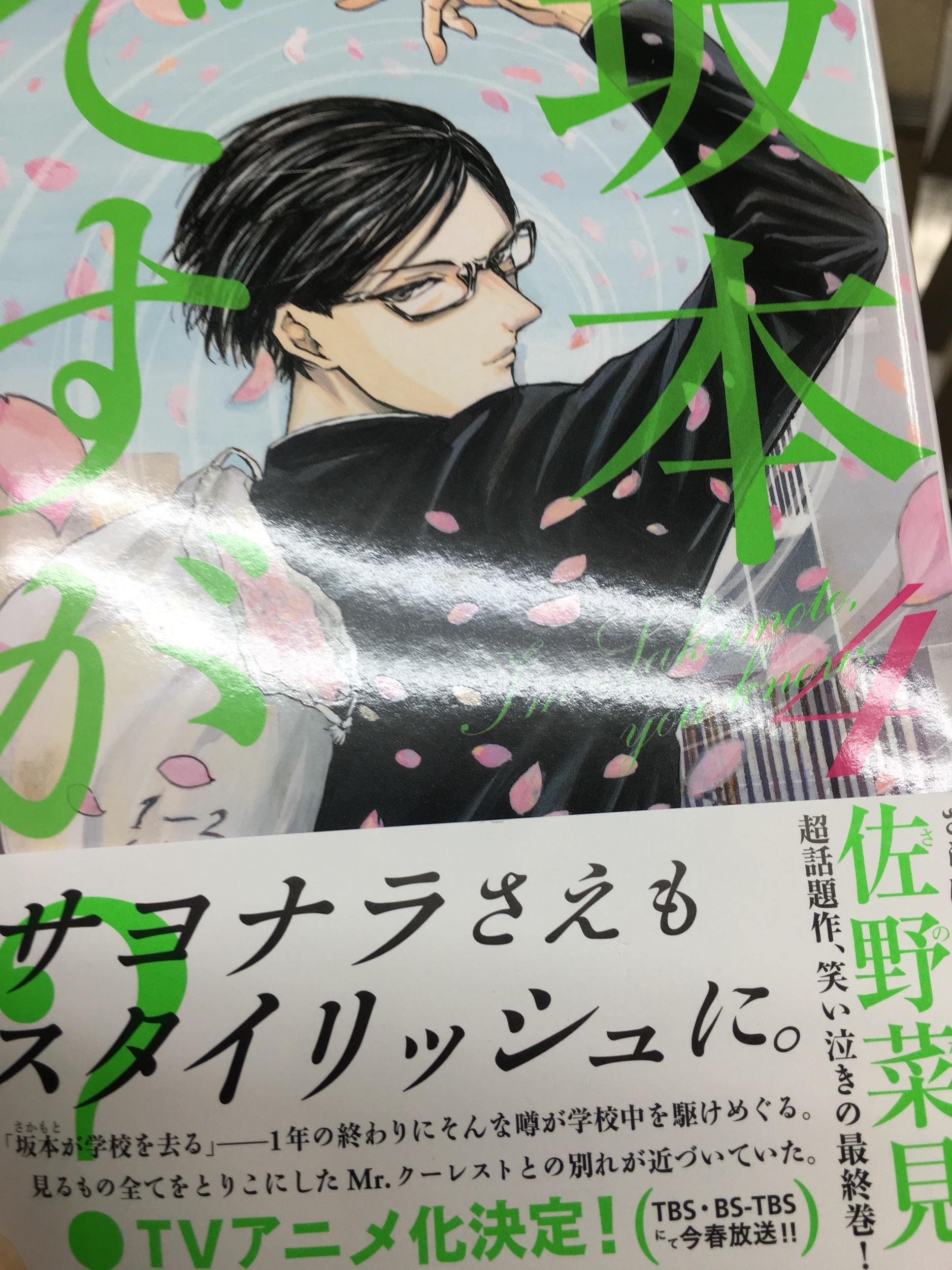 Haven’t You Heard? I’m Sakamoto is a Japanese manga series written and illustrated by Nami Sano. The manga follows a high school student named Sakamoto, who has a reputation for being the “coolest” person among the entire student body. The series has been licensed for an English release by Seven Seas Entertainment. A television anime adaptation has been announced and is scheduled to air in April 2016.