The official website for the anime adaptation of Ayano Takeda and Nikki Asada’s Hibike! Euphonium (Sound! Euphonium) has revealed that the second season will air in October 2016. 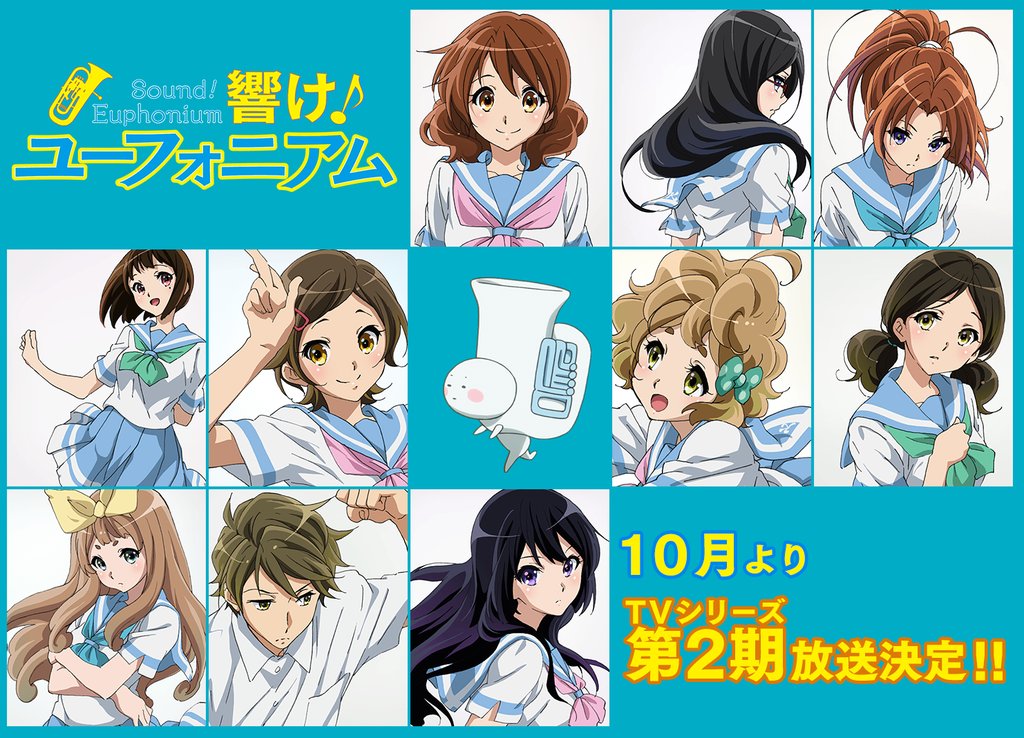