The girls from the second season of Ayano Takeda and Nikki Asada’s Hibike! Euphonium (Sound! Euphonium) anime have been featured as a poster in the Megami‘s December 2016 issue. You can purchase this issue here (get 5% off with coupon code MOE-N3Y-4YW0QK) and view the other posters that come included here. 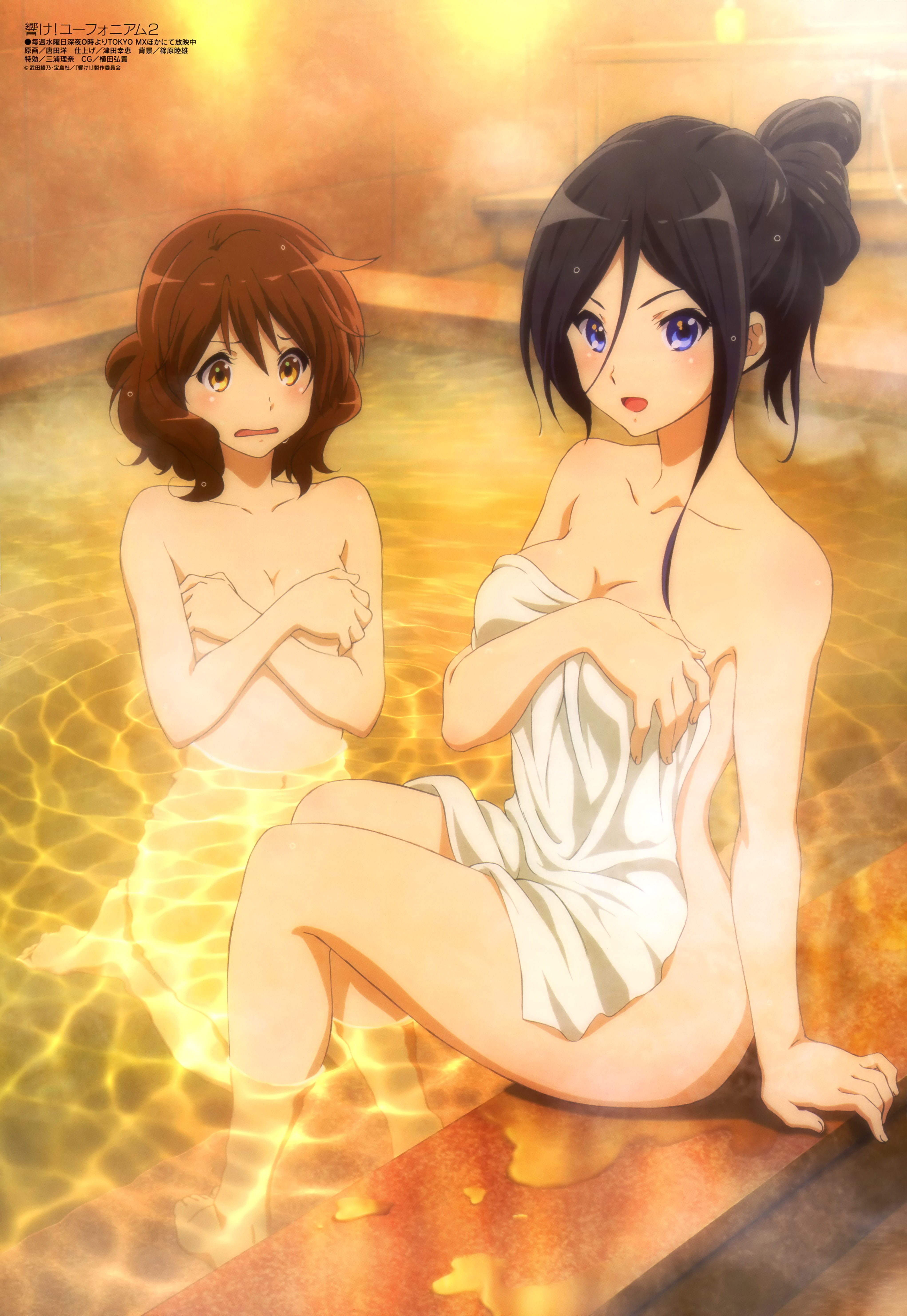 Hibike! Euphonium: Kitauji Koukou Suisougaku-bu e Youkoso (Sound! Euphonium) is a music novel series written by Ayano Takeda and illustrated by Nikki Asada. The series began in December 2013 being published by Takarajimasha. To date a total of 4 volumes have been published. A manga adaptation of the series was launched in November last year, by Ayano Takeda and Hami that is being published in Takarajimasha’s Kono Manga ga Sugoi! Web magazine. An anime adaptation of the series was produced for the Spring 2015 anime season by Kyoto Animation (Hyouka, Amagi Brilliant Park) with Tatsuya Ishihara (Clannad, Chuunibyou demo Koi ga Shitai!) directing. A 13-episode anime adaptation, produced by Kyoto Animation and directed by Tatsuya Ishihara, aired in Japan between April and July 2015. An animated film premiered in theaters in April 2016, while a second season of the anime premiered on October 6, 2016.