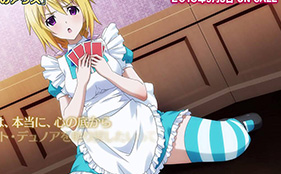 The game will be available for PlayStation Vita and PlayStation 3 on September 3, after being previously slated for July 30. The game will retail for 6,800 yen ($57), but will also have a limited edition release for 9,800 yen ($82), and a digital downloadable version for 6,000 yen ($50). The limited edition will include an SD figure of Laura Bodewig in black cat pajamas and the game original soundtrack. The first copies of the game will include product codes to download PlayStation 3 “sexy bunny” and PS Vita “pretty poodle” costumes.

The light novels and anime already inspired a game, called Infinite Stratos 2: Ignition Hearts, which was released in February 2014. The game ran on the PlayStation3 and the PlayStation Vita. The game featured the five main female characters and the Sarashiki sisters as well. Yet another game, a 3D action game for the PC called Infinite Stratos Versus Colors, will be released in Japan on December 31st, 2014.