The opening theme for IS: Infinite Stratos 2  “True Blue Traveler” by Minami Kuribayashi is played during the 1-minute promotional video which previews plenty of fan service.

The OVA will adapt the fan service arc from volume 8 of the IS: Infinite Stratos light novels. It will be available for both the Blu-ray and DVD and will be released November 26, 2014.

A program called “World Purge” sends illusions to all the girls about their ideal fantasies. 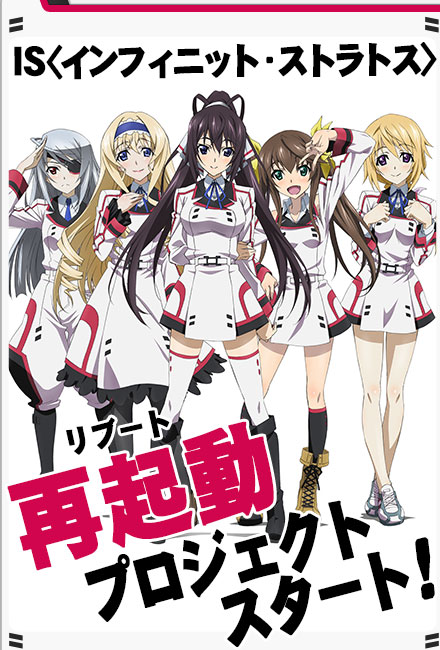 IS: Infinite Stratos  is a light novel series by Izuru Yumizuru that was first released in 2009. The light novel was first published by Media Factory but issues between the author and publisher arose and ultimately Media Factory dropped the series. The series was picked up by Overlap, and with the change of publisher a change of artist was also issued. The first 7 volumes has been re-released under Overlap and the first new volume published was volume 8. Infinite Stratos was given an anime adaptation in 2011, which was produced by 8-Bit and ran for 12 episodes. An additional OVA and second season followed which produced by 8-Bit again and ran for 12 episodes, and a manga adaptation ran from mid 2010 to 2012.