The latest trailer for the hybrid anime / live-action Cardfight!! Vanguard Movie: Neon Messiah has finally been uploaded. The movie will premiere on September 13, 2014.

The trailer features the songs Bravery Flame by Ultra Rare and Change! by Daigo who stars in the live-action part of the movie as the main character. 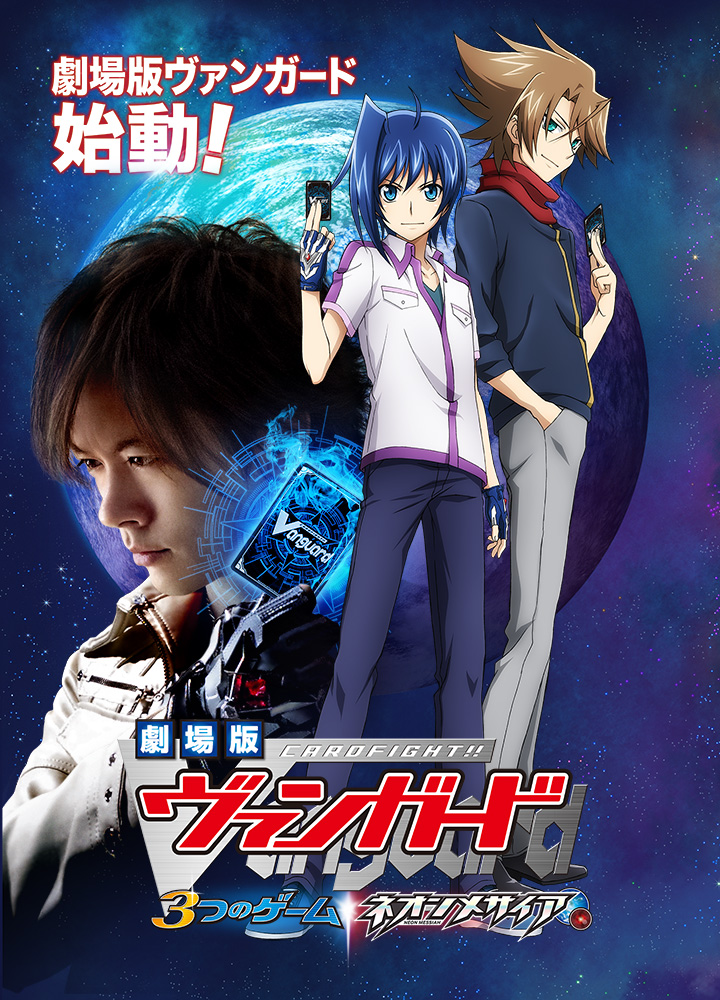 The protagonist of this story, Sendo Aichi, is a timid boy in his third year of middle school. He had been living his life looking backward rather than forward, trying not to stand out. However, he had one thing that kept him going – the “Blaster Blade,” a card from a card game that was given to him when he was little. That card is the reason why he begins to engage in Card Fights, something that changes his life drastically.

The name of the card game is “Vanguard.” The game takes place in a different planet called “Cray,” and due to a never before seen play system, it becomes popular throughout the world.

Aichi, immediately attracted by Vanguard, meets friends such as Togura Misaki and Katsuragi Kamui, along with other rivals. Through friendly rivalry with them, Aichi begins to enjoy a fulfilling life. Aichi, however, has a goal: to once again battle with a Vanguard Fighter by the name of Kai Toshiki. Kai Toshiki is an aloof and cold-hearted high schooler who has outstanding abilities in the world of Vanguard. He is also the reason why Aichi started playing the game. For him, Toshiki is the person who saved him from his boring life and introduced him to Vanguard. In order to get better at Vanguard, Aichi puts his soul into it every day. He wishes that someday, he’ll be able to battle Toshiki and have him recognize his worth.