Nintendo launched the original 2DS console in North America in 2013, giving people a more retro feel to new technology, also offering viewing without 3D capabilities. The console has yet to be released in Japan oddly, however, Nintendo announced that Japan will be getting four special versions of the 2DS, tributing to the old generation Pokemon titles for the GameBoy. 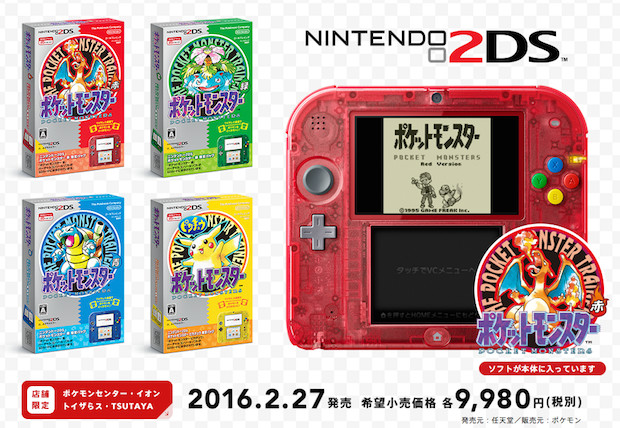 February 27, 2016 will be the release day for the four Pokemon 2DS color variants to celebrate the popular franchise’s 20th anniversary. The consoles will come will original Red, Yellow, Green, and Blue versions, a 4GB memory card, an actual Town Map, stickers, a Mew download theme code, and an exchange ticket to recieve Mew for 9,980 yen (83 USD). There is a limited supply available on Amazon Japan for pre-order as well as Pokemon Center stores, TOYS R US, TSUTAYA, and other retailers. 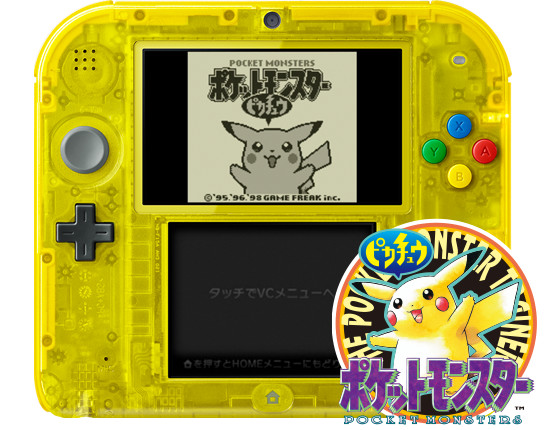