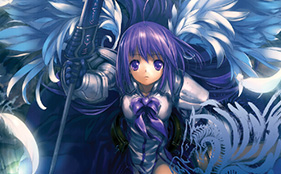 JAST USA is hoping to expand their presence on Steam with Aselia the Eternal, known as Eien no Aselia -The Spirit of Eternity Sword- in Japan, having been posted on Valve’s community-driven Greenlight platform.

With over 50 hours of gameplay, 21 characters to choose from, nine endings, and three levels of difficulty, players will be transported to the esoteric world of Phantasmagoria as Takamine Yuuto. Together with a collection of stunning female Spirits, our protagonist makes the decision to rebel against an evil force that has the potential to destroy the land which the Spirits strive so hard to protect. With his sister being held captive by this malicious entity, it’s up to Yuuto to take matters – and perhaps a lovely lady, as well – into his own hands.

You can head on over to the official Greenlight page to help JAST USA bring Aselia the Eternal onto Steam!