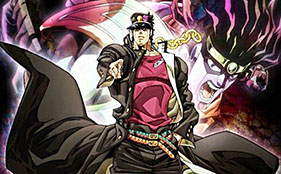 The official Warner Bros. YouTube channel has streamed the first promotional video for the upcoming third part of Hirohiko Araki’s JoJo’s Bizarre Adventure, which will return January next year for the Egyptian arc of the story.