This year marks the 5th anniversary of the K-ON! anime, which was first produced by Kyoto Animation in 2009. To celebrate, Television network TBS has announced a Blu-ray boxset of K-ON!! (season 2) that will be releasing on November 19. 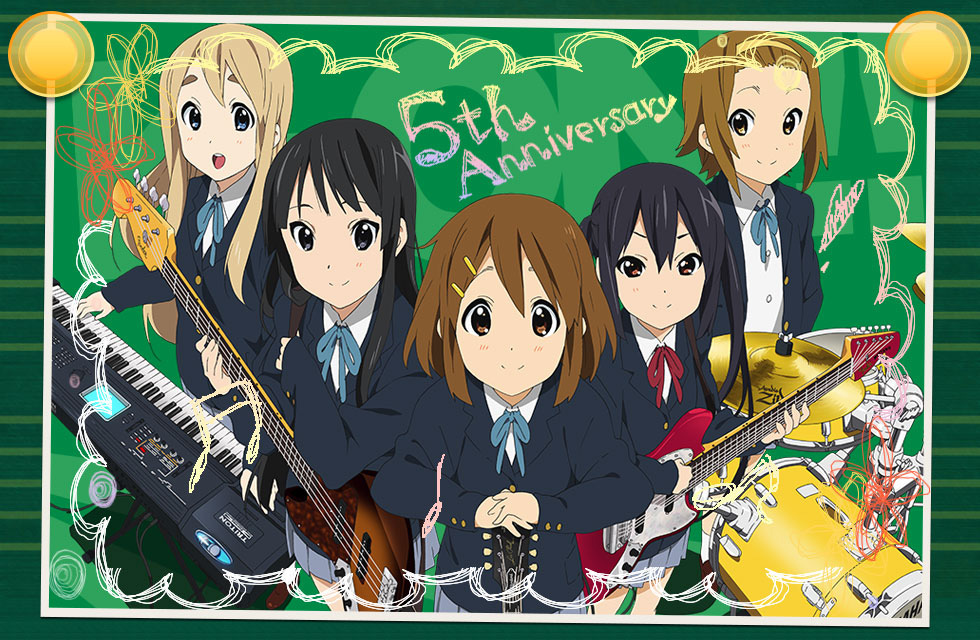 The K-ON!! Blu-ray boxset will contain the entire second season that aired in 2010.  All the episode will be on 6 Blu-ray discs for a total of 648 minutes of tea drinking fun. There will also be audio commentary on the discs, which all audio on the discs are available in Dolby Digital. Other goodies includes 9 post cards – two key visuals and the Blu-ray covers of volumes 1-9, a special booklet that contains information about each episode, character introductions and messages from the cast, an audio CD with older audio commentary from the staff of the anime, and the non-credit versions of the Openings and Endings of the anime.

The boxset also includes the web series K-On!!: Ura-On!!. All episodes of the anime and web series will contain both Japanese and English subtitles. 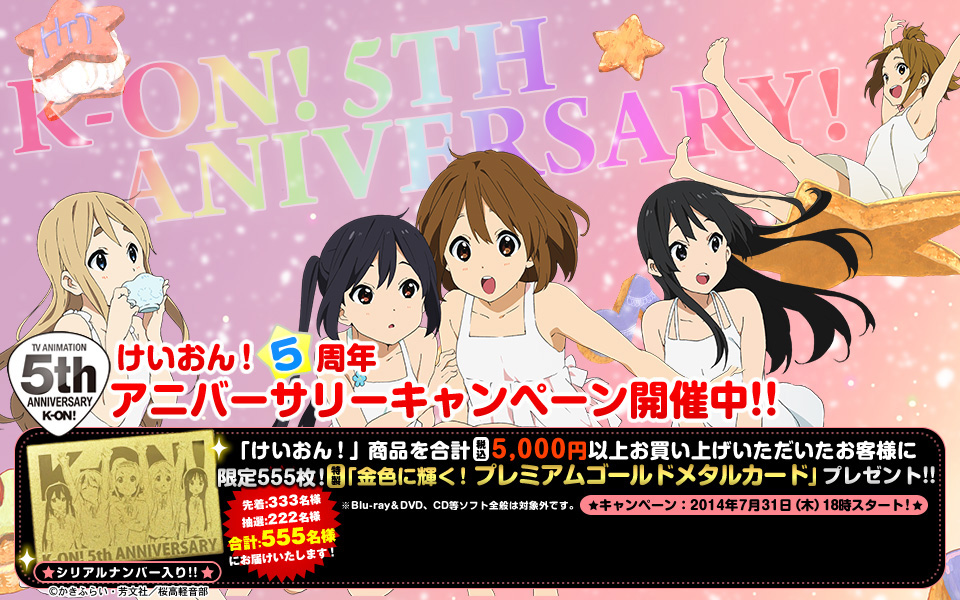 You can also purchase other products to celebrate the 5th anniversary of the K-ON! anime here: http://animaru.jp/shop/g/g100988/