The key visual for the upcoming TV anime special GJ [email protected], the sequel of the 12-episode 2013 TV anime adaptation of Shin Araki’s light novel series GJ Club, is revealed today. The art featuring the members of GJ Club in New York is newly illustrated by the anime character designer Miwa Oshioma. The 46-minute TV special about their graduation trip to America is scheduled to be aired in this spring.

The two-disc BD/DVD set containing the TV special and the “GJ-Bu no Ongakusai (GJ Club’s Music Festival)” event will be released on May 14th. The event featuring the main voice actor and actresses (Hiro Shimono, Maaya Uchida, Yume Miyamoto, Suzuko Mimori, Chika Arakawa) was held at Science Museum in Tokyo on May 19th, 2013. The set also comes with a 36-page booklet (including a new novel by Araki), illustrated box by the novel’s original illustrator Aruya, and photo cards. 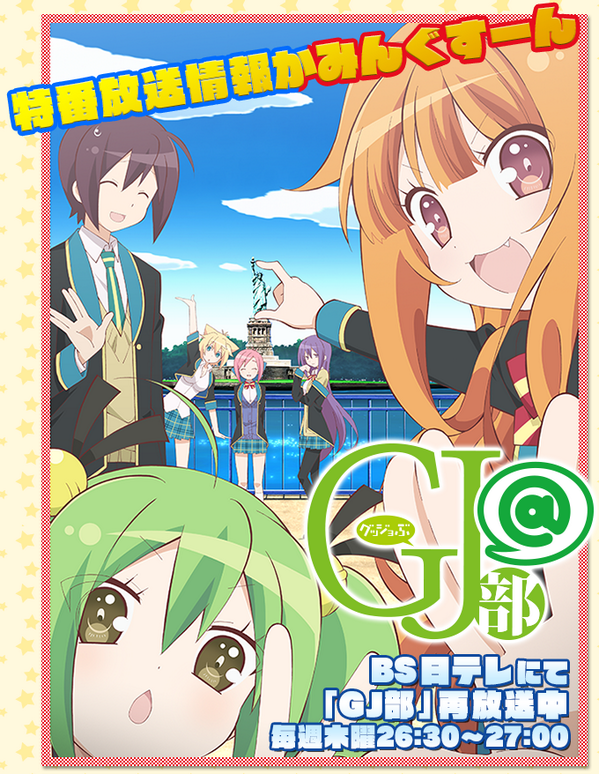