Up until recently if you wanted a Proper scaled figure of Shiro from No Game No Life you really only had 3 options: wait for Phat’s upcoming 1/7 scale, buy Kotobukiya’s 1/7 scale at a ridiculous post-market price, or buy a bootleg version of Koto’s scale. Unfortunately both versions of the Koto scale seemed to have prices that were very alarming in different ways.

Luckily for everyone who was a fan of Kotobukiya’s version of Shiro they have decided to do a second manufacturing run of their version of the figure, which is going to retail in February of 2016 at the original price of 11,000 yen (about 91 USD). To get a better look at the figure the release photos from Kotobukiya are shown below. 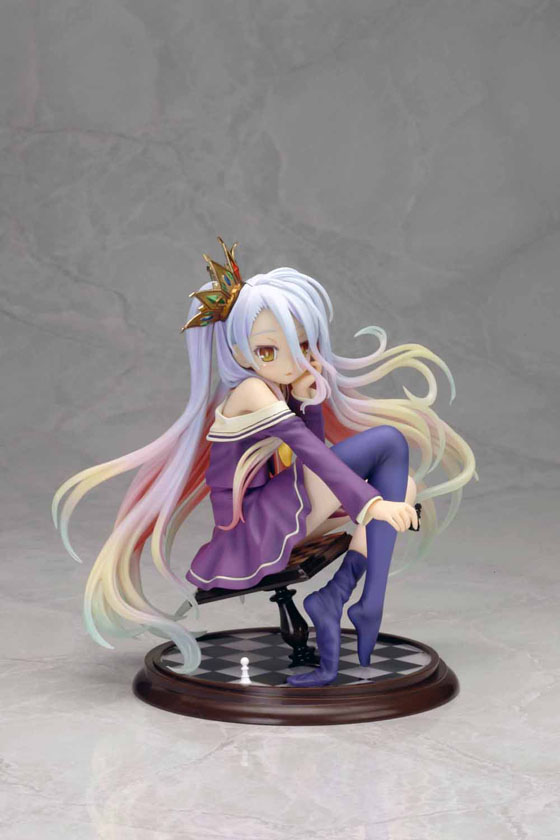 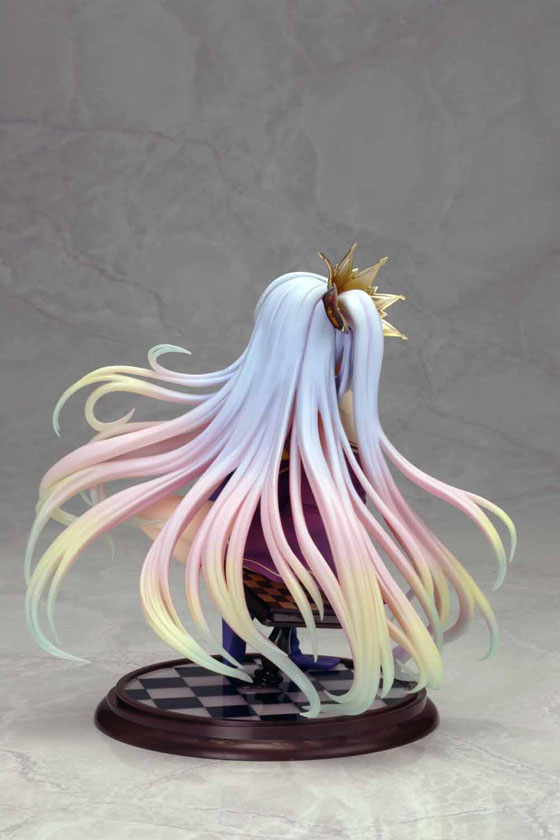 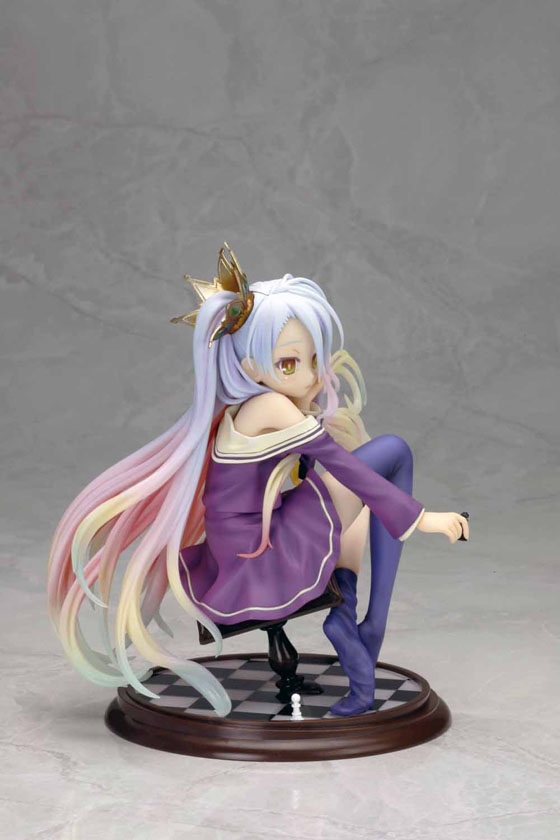 However, this re-release from Kotobukiya raises questions of whether or not the manufacturer will fix some of the quality control issues that seemed to plague the original release. The photos from MFC user hitsun, showcased below, show many of the problems that several consumers seemed to be reporting with their Shiro, namely less than stellar quality of the paint on her hair. 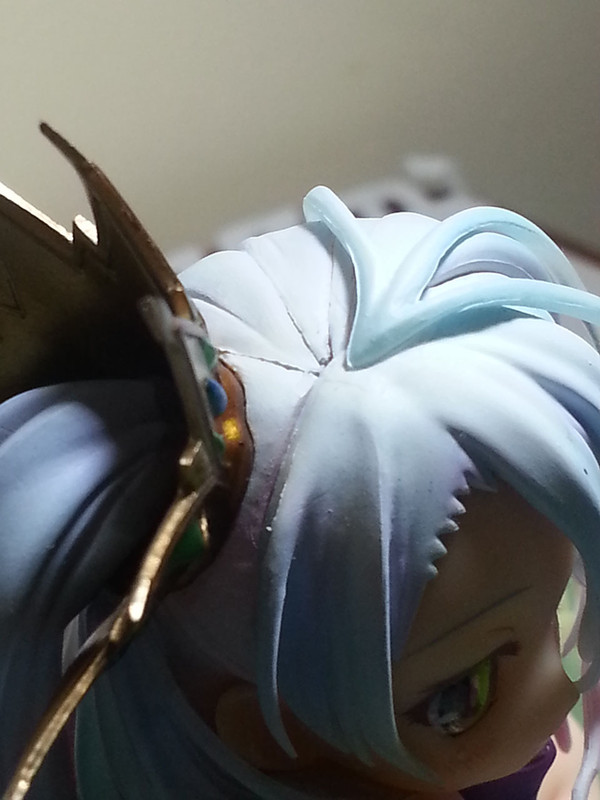 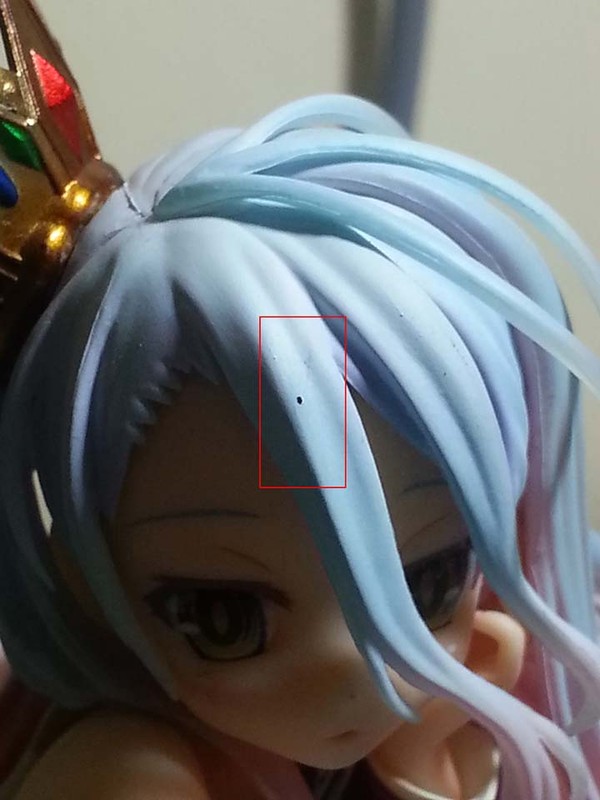 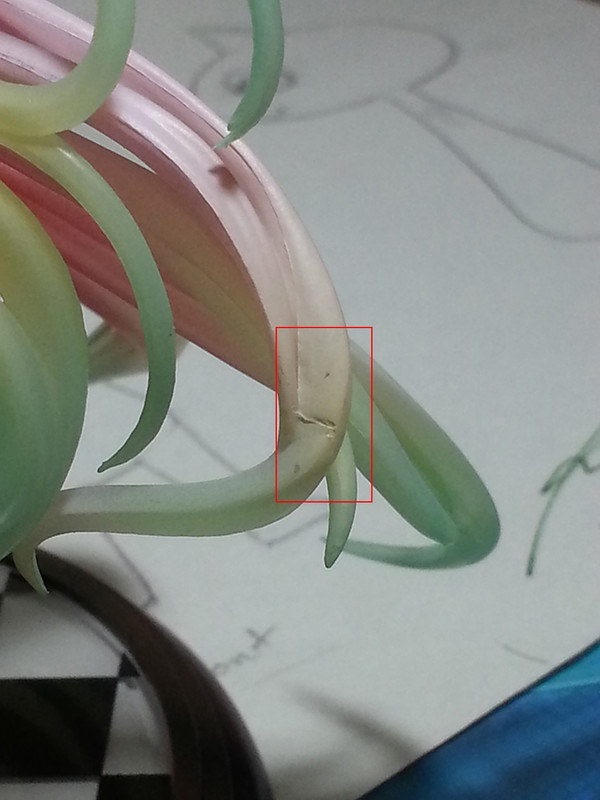 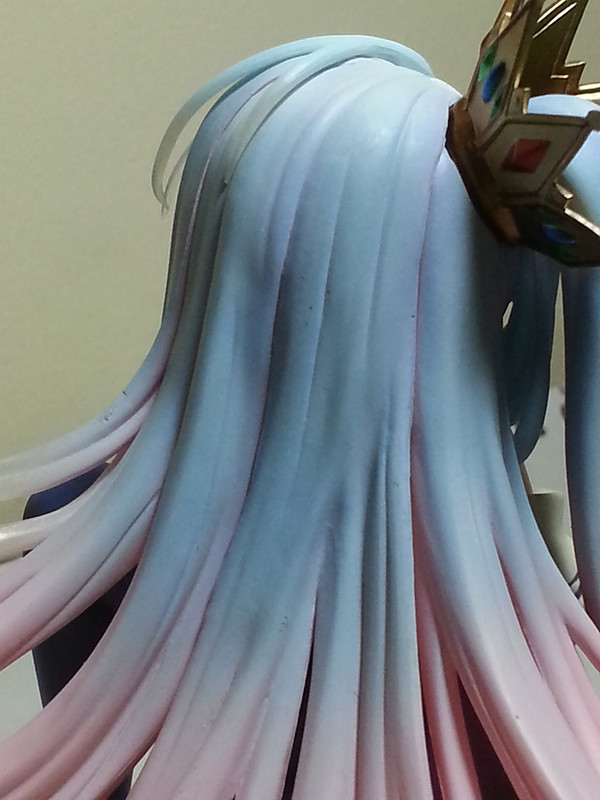 While those tiny little painting errors may seem to not be a big deal, when you are spending around 90 USD plus shipping on a product you want it to be without any obvious defects like that. So while the re-release of the Kotobukiya figure will be great news for those who fell in love with the design, the errors of the previous release may scare potential buyers onto other Shiro figures. Speaking of which if you are not a fan of either of the two figures of Shiro currently available, manufacturer Aquamarine showcased a swimsuit version of Shiro at this years summer WonFes, although no more information has come out concerning the figure. 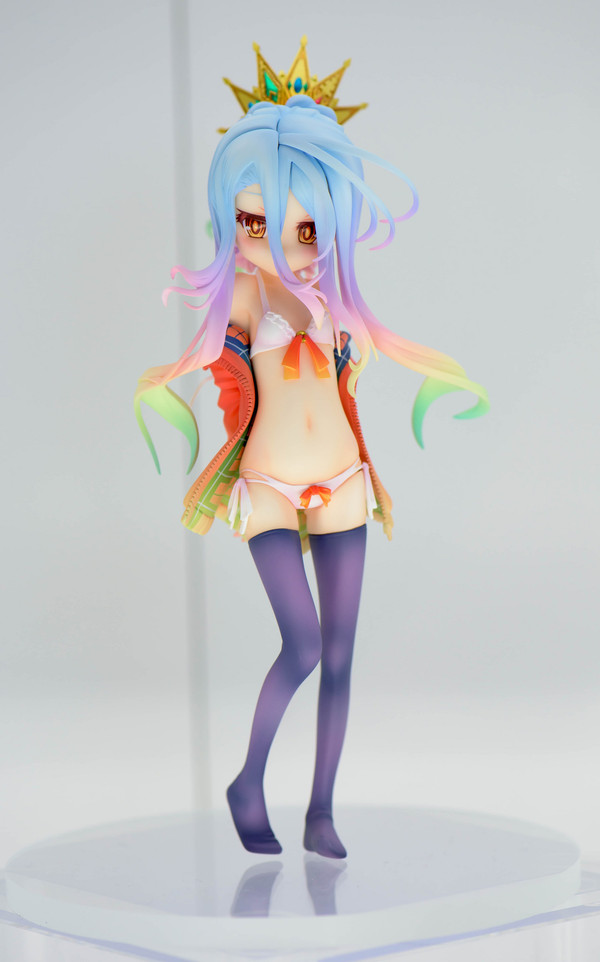 All in all the good news to take from this is that if you are a fan of Shiro or the series in general you now have more affordable and diverse figure options, now if only a proper Jibril figure were to be announced…