The new visual for Koufuku Graffiti is shown bel0w. 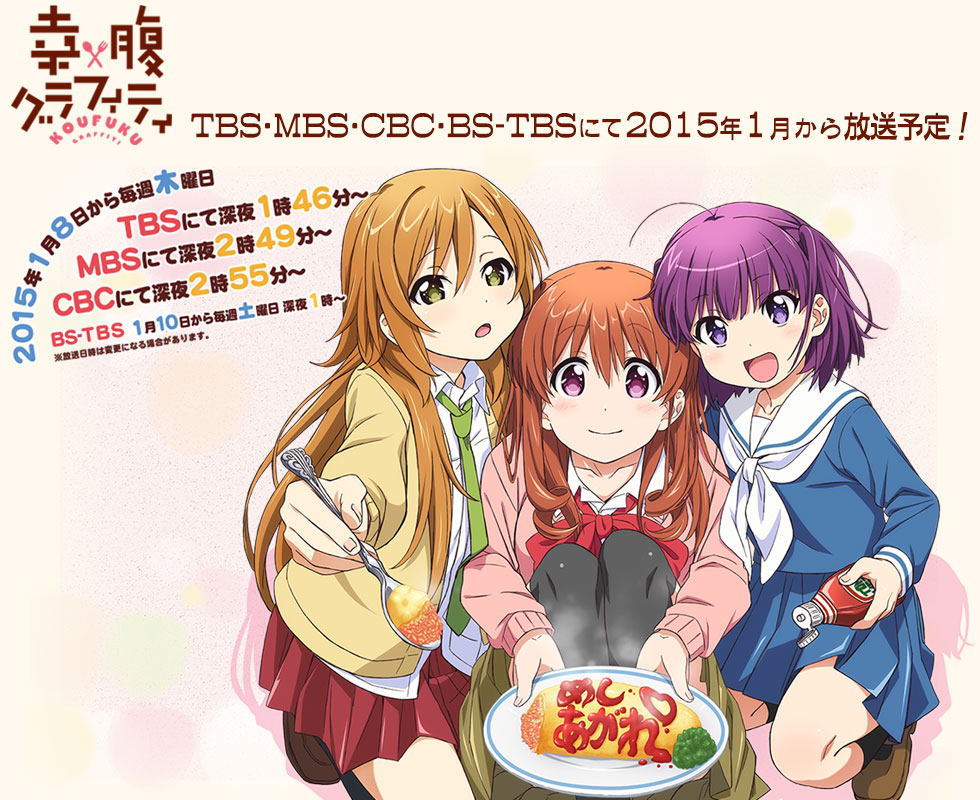 The original cast members include:

The story of this comedic four-panel manga follows a girl named Ryou who lives by herself. She enjoys cooking and makes friendships through her food. The manga is filled with detailed cuisine art meant to arouse one’s appetite and slightly suggestive meal scenes. Koufuku Graffiti is written by Kawai Makoto and has been running since March 2012 in Manga Time Kirara. Manga Time Kirara has also serialized Gochuumon wa Usagi Desu ka? and Kiniro Mosaic.

Koufuku Graffiti (Happy Cooking Graffiti) is a manga series by Makoto Kawai. It began in March 2012 in Houbunsha’s Manga Time Kirara Miracle! magazine and has a total of 3 compiled volumes as of November 2014. The Koufuku Graffiti anime will air on January 8th, 2015 during the Winter 2015 anime season. Additional information about the series will be released in the weeks leading up to the anime’s premiere.