A new visual was updated on the official website for the upcoming anime adaptation of Makoto Kawai’s 4koma manga Koufuku Graffiti and it slated to air this January during the Winter 2015 anime season. In addition, the cast and crew of the anime were also revealed a few weeks ago. The website was also updated with a drawing by the creator Makoto Kawai and it features the protagonist Ryo Machiko’s Yakiniku-eating illustration for the official site for the upcoming TV anime adaptation. 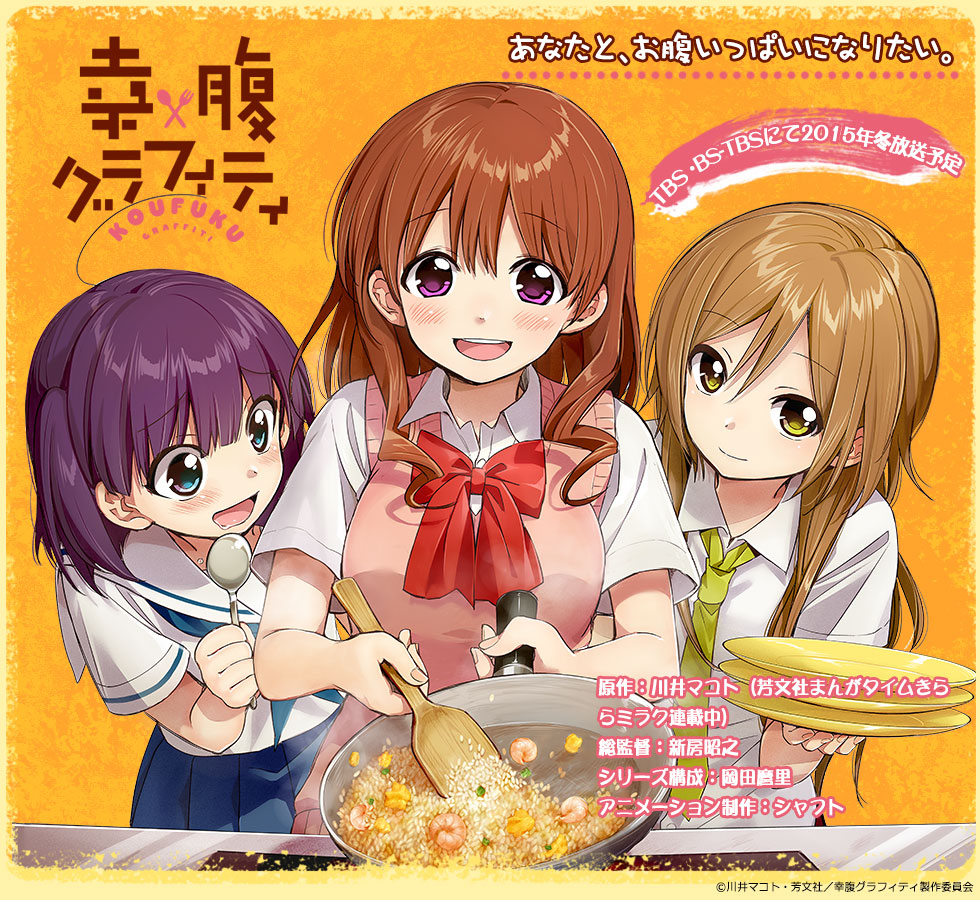 During Comiket 86, some flyers and advertisements for the upcoming series were handed out showcasing the new character designs of the anime and their cast members.