A new visual for the the anime adaptation of NisiOisin‘s Koyomimonogatari collection of short anime stories has been featured in a new double page spread of May 2016 issue of NewType. This issue can be purchased here (get 5% off with coupon code MOE-N3Y-4YW0QK). 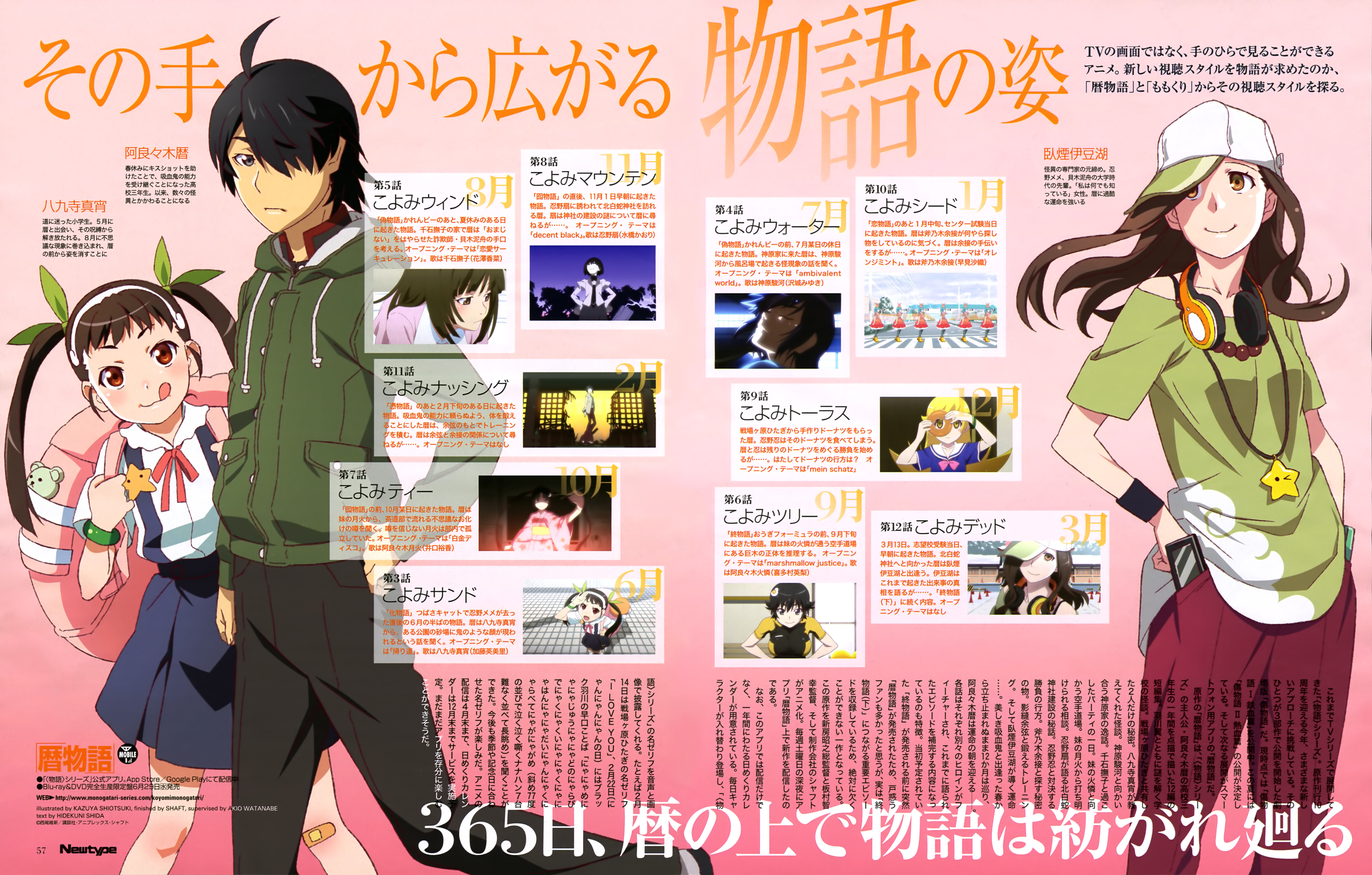 The series has also been featured February 2016 issue of NewType as a poster. You can purchase this issue here (get 5% off with coupon code MOE-N3Y-4YW0QK).

Another visual for the Kizumonogatari film trilogy has also been revealed in the February 2016 issue of NewType. You can purchase this issue here (get 5% off with coupon code MOE-N3Y-4YW0QK).

The official website of the upcoming Kizumonogatari film trilogy has revealed the title for the third film, Kizumonogatari: Reiketsu-hen. Aniplex also began streaming a new commercial for the Kizumonogatari I: Tekketsu-hen anime film to commemorate the film’s opening in Japanese theaters on Friday. The film is listed with a runtime of 60 minutes. 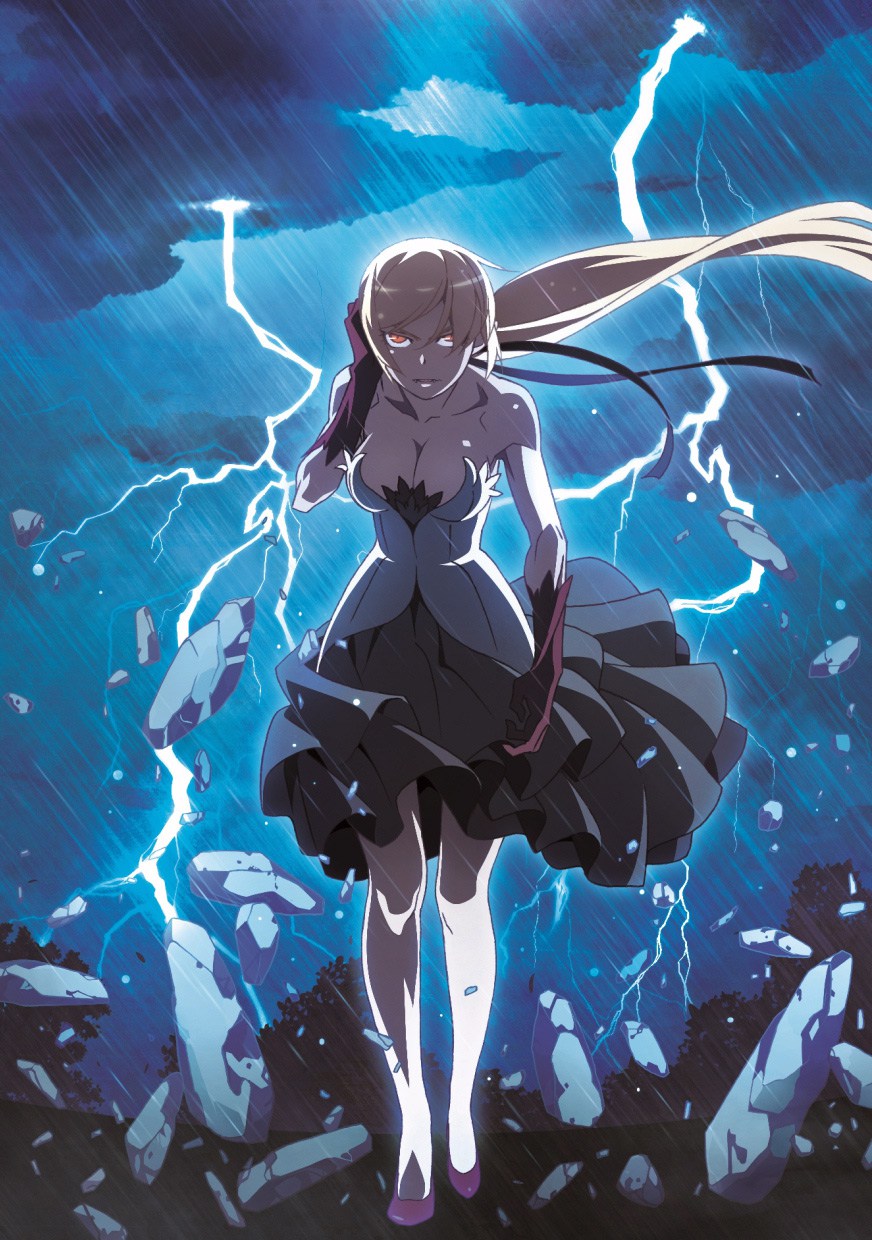