With an anime sequel of the Kantai Collection anime on the way, a new visual has been revealed in the June issue of NewType which can be purchased here. The new visual features Kuma and Tama lazing around before school starts. 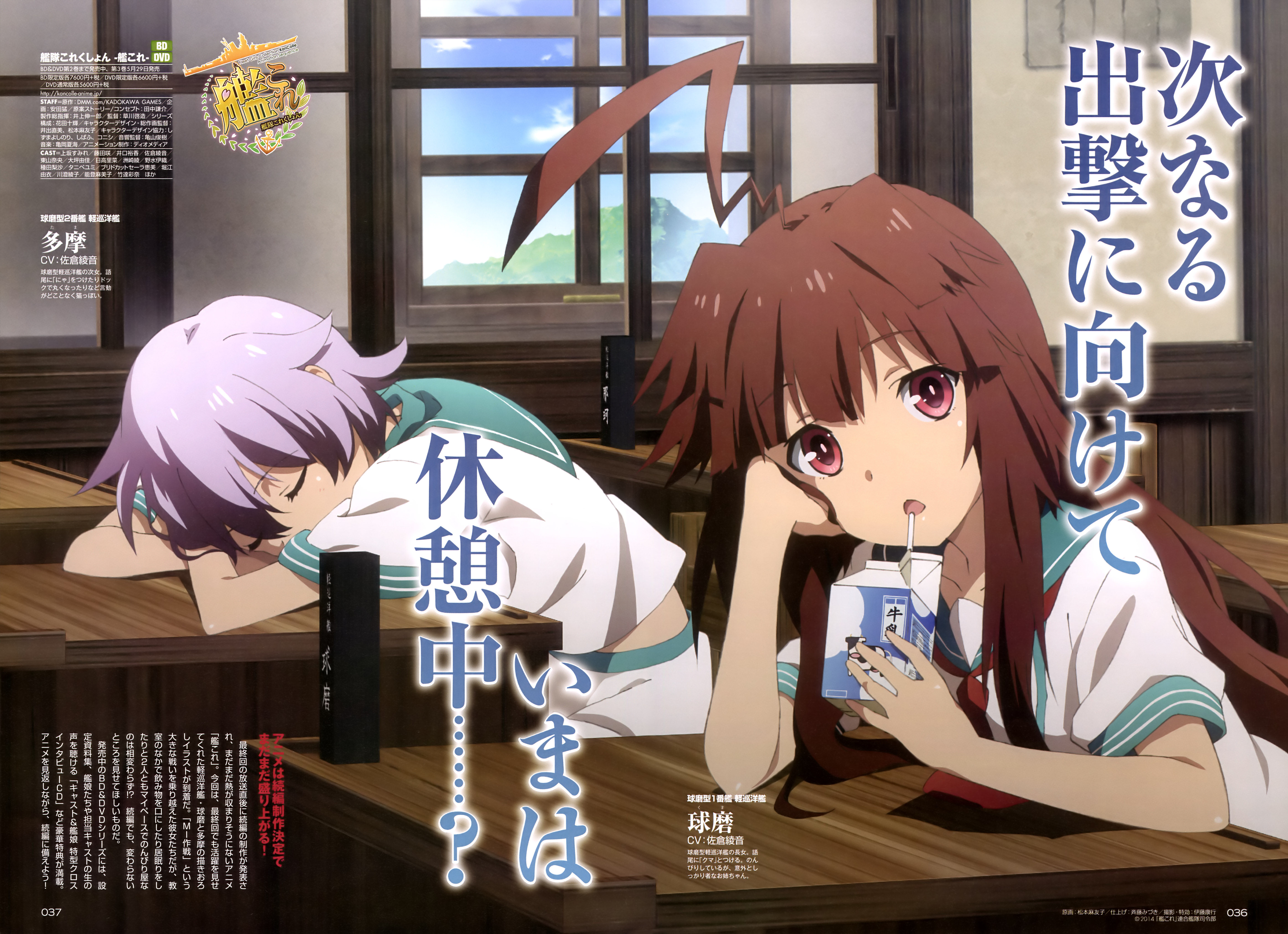 The announcement for a sequel of the anime was made at the end of episode 12 on Tokyo MX on Thursday with the text indicating “Sequel production confirmed!!”, more information will be announced at a later date.