A scan from the upcoming issue of Shounen Jump‘s 27th weekly magazine issue reveals that the production of a third season of the Kuroko’s Basketball television anime has been green-lit. Broadcast times and more details will be in future issues of the magazine, which runs Tadatoshi Fujimaki‘s original manga. 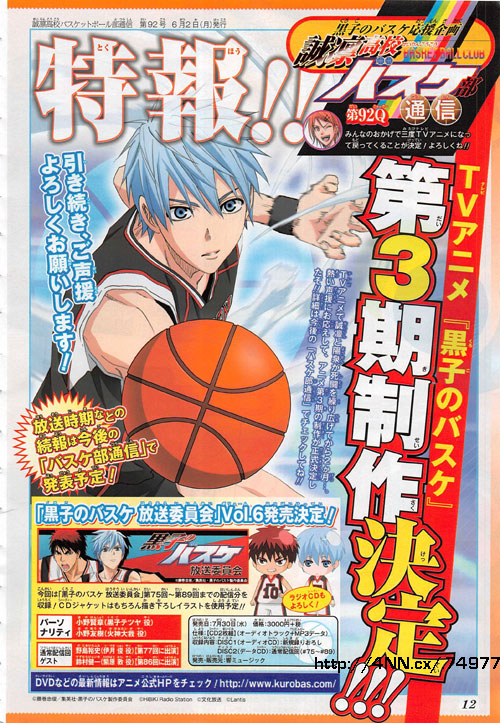 Synopsis for the first season from Haruhichan.