In the fifth issue of Shueisha’s Jump Next magazine they will be announcing on Tuesday that Tadatoshi Fujimaki’s Kuroko no Basuke Extra Game (Kuroko’s Basketball Extra Game) sequel manga will reach its conclusion in the magazine’s next issue, which Shueisha will publish at the end of December. 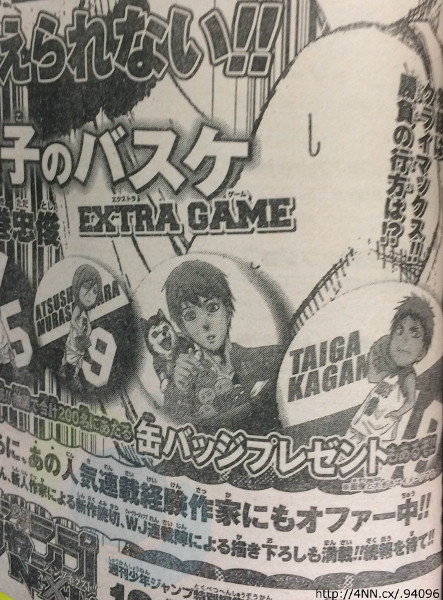 The manga, which is a sequel to Kuroko no Basket, is written and illustrated by Tadatoshi Fujimaki. It was serialized in Shounen Jump NEXT! magazine in December 2014, where it will be serialized for a year. The sequel was originally announced in the same magazine, following the end of the original series. There are currently six chapters published, with the first four chapters making up the first volume that was released on September 4.

In addition to this, the production on a theatrical film for the Kuroko no Basket anime has been green-lit.