The recent issue of Shueisha’s Jump Next magazine has announced that a sequel to Tadatoshi Fujimaki’s Kuroko no Basuke manga will be releasing in the magazine’s upcoming issue on December 29th. 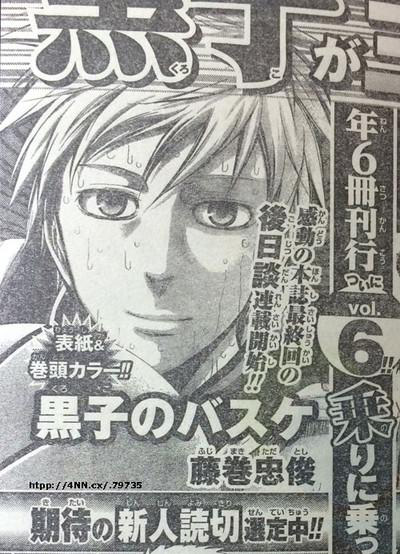 The original run for Kuroko’s Basketball ended last month in the 40th issue of Weekly Shonen Jump on September 1st. The manga ended after 276 chapters after its 6 year run. The series already had an anime adaptation with two seasons and a third airing next year.

Kuroko no Basket (Kuroko’s Basketball) is a Japanese sports manga series written and illustrated by Tadatoshi Fujimaki. The rendering The Basketball Which Kuroko Plays also appears in the artwork of the Japanese version. It has been serialized in Weekly Shonen Jump since December 2008; the individual chapters are being published in tankōbon volumes by Shueisha, with the first released on April 3, 2009, and the 28th volume released as of July 2014. Shueisha will publish the 29th compiled volume in October. As of April, the series had more than 27 million copies in circulation. 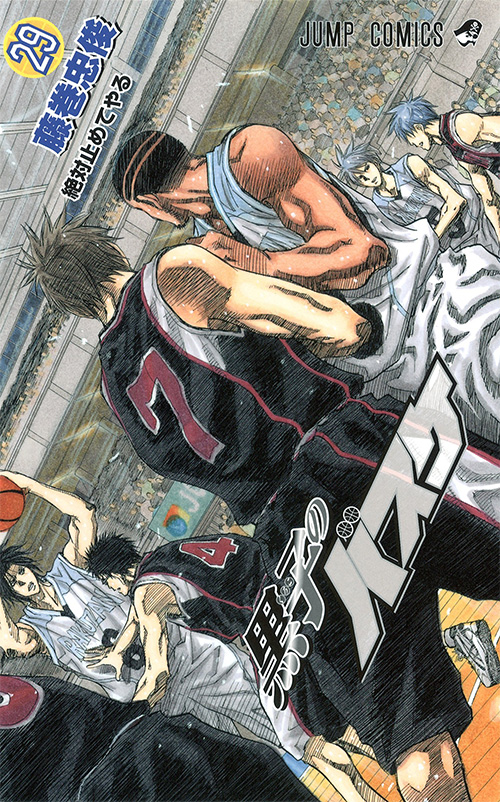 Kuroko no Basket (Kuroko’s Basketball) tells the story of a high school basketball team trying to make it to the national tournament. The manga has been adapted into two anime series by Production I.G which aired between 2012 and 2014. A third season has also been green-lit.

Kuroko no Basket synopsis from Haruhichan:

The Kuroko’s Basketball sequel manga will begin serialization in the upcoming issue of Jump Next magazine, releasing on December 29th.

So what do you think about the news? Where will the series go? Let us know in the comments.