It was announced on a poster that the manga/light novel series Ore ga Ojousama Gakkou ni “Shomin Sample” Toshite Rachirareta Ken (I Was Kidnapped As a “Sample Commoner” for a Princess School.) will get an anime adaptation. More information will be announced later. 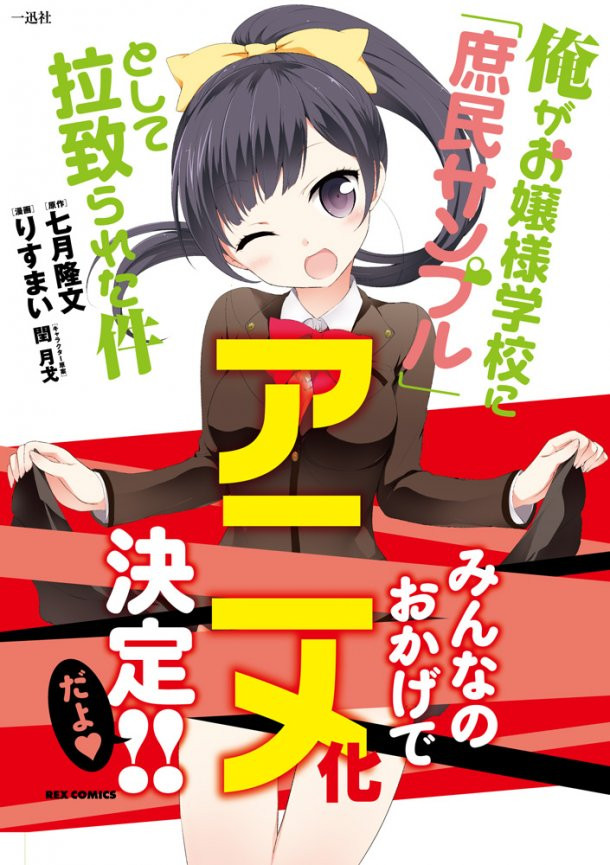 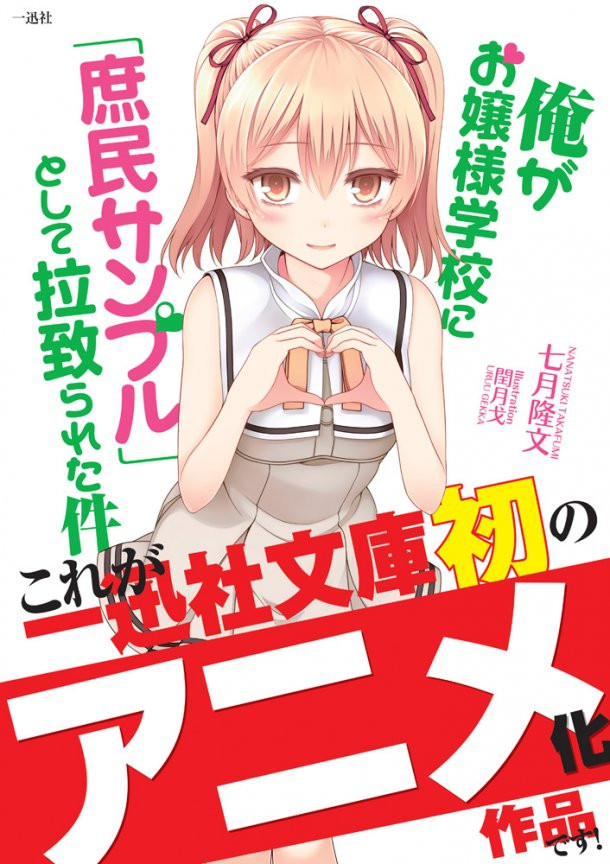