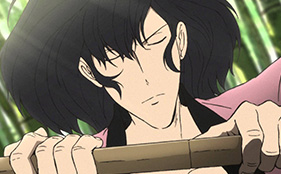 The Japanese opening sequence for this year’s new Lupin series, Lupin III anime, the first new television series in three decades to star the titular character, debuted online before its October 2 premiere in Japan. The sequence features a new 2015 version of the classic “Theme From Lupin III” song by original composer Yuji Ohno.

In addition to this, a new promotional video was also launched recently featuring Rebecca Rossellini.