The 19th volume of Satou Tsutomu’s Mahouka Koukou no Rettousei (The Irregular at Magic High School) light novel series will be announcing on Thursday that a theatrical film has been green-lit. The announcement proclaims that “Tatsuya Shiba will become a legend.” 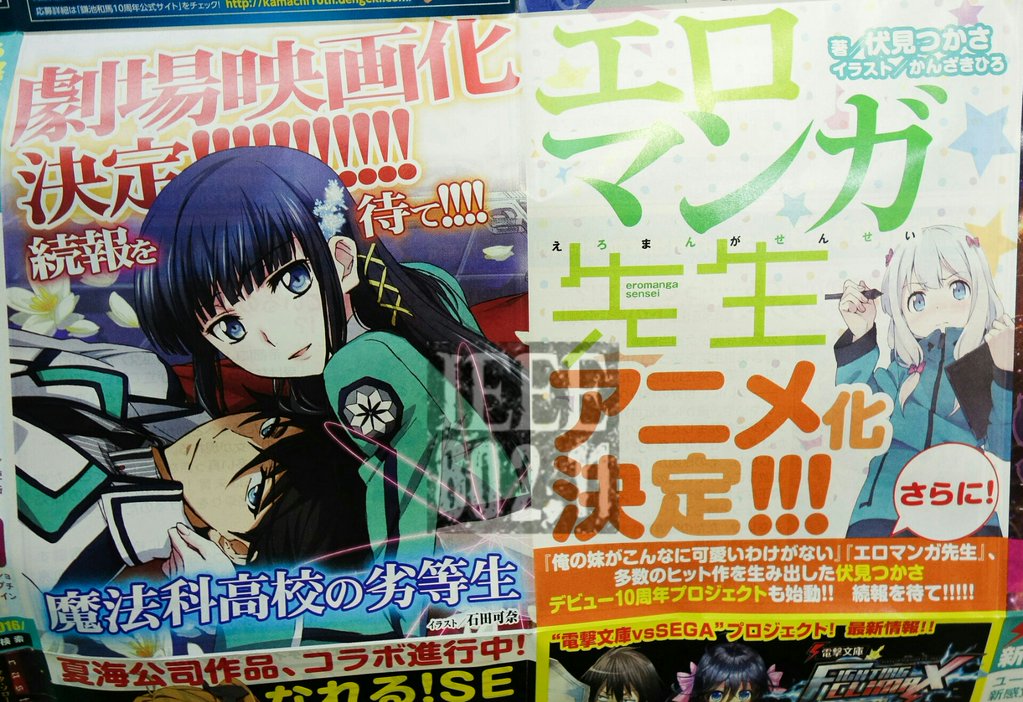