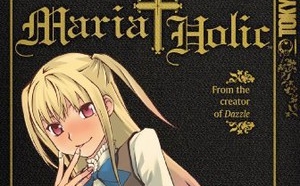 Announcement on the magazine: 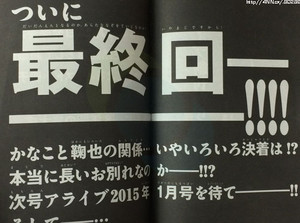 The 14th and final compiled book volume of Maria Holic will be published by Media Factory on January 23, 2015. The volume will be a special commemorative edition that includes a booklet of illustrations by special guest artists. An art book called, Maria Holic Gashuu (Maria Holic Art Collection), will also be released. More details will be revealed soon on the magazine’s official blog.

Maria Holic was first released on a Japanese seinen manga magazine, Monthly Comic Alive, in 2006. Tokyopop licensed the beginning of the manga in North America. The compiled book volumes of Maria Holic were released on the following dates: (Japanese then English release)

Volume covers of the manga series:

Synopsis of Maria Holic from MAL:

The story centers on a sophomore named Kanako who enrolls in all-girls school because she has a phobia of men and wants find her destined yuri partner. She meets a captivating freshman named Mariya who fits her criteria—except her seemingly ideal mate happens to be a cross-dressing sadistic boy.