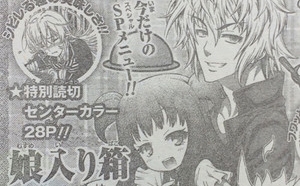 The one-shot manga is expected to have 28 pages and will revolve around a cardboard box on a certain rainy day. 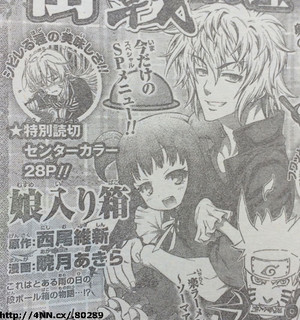 NisiOisin is currently writing three one-shots, one is Musume Iri-Bako. The other two will be RKD-EK9, in collaboration with manga artist Takeshi Obata (Death Note, Bakuman) and Nan Made Nara Koroseru? (Until What Will You Keep on Killing?) with Akihisa Ikeda (Rosario to Vampire, Kiruto). These two one-shots will be published on Jump Square magazine on November 4.