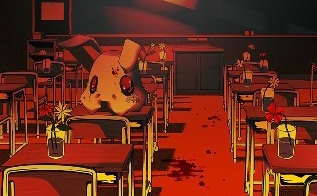 According to the second volume of Yoshiki Tonogai’s (Doubt, Judge) suspense-action manga series, Secret, will end in three volumes. The third volume will be released in April 2015 in Japan.

Synopsis of Secret by Yen Press:

“There are three murderers hiding in your midst.” These are the ominous words given to the six survivors of a tragic bus accident, followed by an ultimatum: Within one week, the murderers must anguish over their crimes and find some way to answer for them, or the evidence of their sins will be given to the police. But when every person has a secret, who can you trust…?