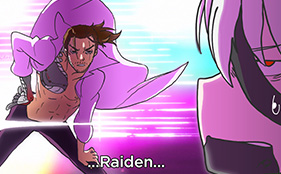 With Platinum Games recently revealing at E3 a few weeks ago that a full-fledged Transformers action game called Transformers: Devastation will be hitting all platforms this fall, Metal Gear Rising: Revengeance director Kenji Saito was recently asked by a fan on Twitter if he’d be interested in making a game based off the Gatchaman franchise or Tatsunoko’s Karas, he instead replied:

While this is simply Saito saying what he would like to make, just imagine the possibilities of a Platinum-developed game based on Trigger’s Kill la Kill anime or Kentaro Miura’s ’90s dark fantasy epic Berserk.