The official website of the upcoming anime adaptation of Mamo Williams’ Military! (Miritari!) 4koma manga began streaming the first promotional video on Sunday. The anime is slated to air from January 7 next year.

The main cast of the Military! anime were revealed last month in the 4-koma Palette magazine. Additionally, the site has released character designs for the main characters of series. The anime’s main cast and characters are:

The remainder of the main cast, without any character designs, include:

The anime’s staff were also revealed on the website. They involve: 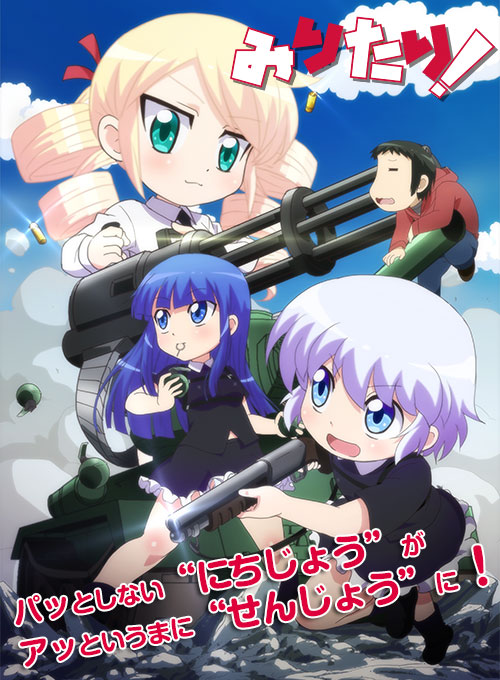 Military! (Miritari!) is a 4koma manga written and illustrated by Mamo Williams. The series first debuted in Ichijinsha’s Manga Palette Lite magazine in 2011 and ended its original run in May last year. To date a total of 5 compiled volumes have been released. A sequel series titled Military! Otsugata (Miritari! Otsugata) began serialization in Manga Palette Lite’s April issue this year.