Cute girls doing cute things makes for an entertaining 22 minutes of anime for me personally, but a moe-centric show, or even a show with minor moe elements is often derided as “moeshit” by a lot of anime viewers. I can understand where they’re coming from; moe doesn’t have much going for it often, outside of cute characters and crazy antics, with a side of comedy. I mean, K-On! is pretty much Girls Eating Cake: The Anime and Acchi Kocchi has even less plot and character development but with more adorableness. So, how can there be so many shows about nothing being produced by anime studios? Is moe really killing anime? Well, no. Because moe is the industry. Well, actually, that’s a lie, but the underlying concept of moe is so closely tied to otaku culture that I believe the issue is more about how westerners approach anime as a medium than there being something broken about anime itself. 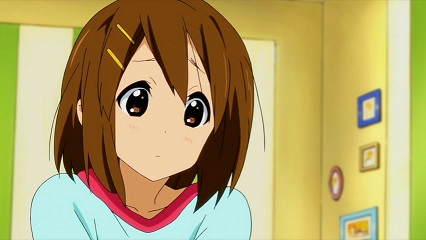 Firstly I want to talk a little bit about why western audiences believe anime has room to grow and evolve. I’d hazard a guess that there is an overwhelming majority of both casual and serious western anime audiences that feel anime will continue to evolve as they believe it has in the past. These are those who think that moe is a relatively new phenomenon in anime—but this is simply not the case; Assemble Insert aired at the end of 1989, for example, and Catgirl Nuku Nuku followed just two years later. The moe was strong with these shows. But why haven’t most people heard of these? Mostly because only few shows are cherry picked to be representative of periods of time in anime. Because shows aren’t talked about, no one knows they existed; moe of the 80s and 90s is like Deus Ex: Invisible War, it existed but no one wants to remember it. So, like Astro Boy and Evangelion are the hallmarks of their generations, Madoka and Steins;Gate are probably the two main shows you’ll refer back to when talking about the last five years of anime when that nostalgia feeling hits you in 2030. These shows have much more noticeable moe elements than their generational-mascot counterparts, such as the Feyris character in S;G, which makes them relatively easy targets for the would-be “anime became nothing but moe” nostalgia arguments of the future. What this creates, however, are unrealistic misconceptions about what anime was like back then, the path it has taken to get to where it is today and where it is going in the future.

The thing is, and it’s the reason why I sit on the opposite of the fence to most of you, is that anime is so far down its own cultural rabbit hole it will never see the surface. We come from a western media background that is so varied, so vibrant in many different ways, but most importantly nearly all genres are in some way aimed at MANY different demographics. There are children’s game shows and adult game shows, the same with dramas, comedies vary tremendously in their target audiences. Anime is much stricter in its target audiences, at least up until this point in history. It’s either young children, teens or the male 18-35 bracket. Shouwa Monogatari and Furusato Japan are two of the extremely rare species of anime that seek to target an older audience—and they were both produced by the same minor studio, Wao World. As it currently is, the vast majority of anime seek only to gratify the otaku and doujin culture that in Japan is simply enormous—hell, Comiket attracts over half a million attendees these days. The concepts of having characters, robots, adaptable settings and plots for doujins is simply too important to the primary demographic to warrant producing anything else.  Studios simply wouldn’t recoup the losses they incur to not only produce the show, but the timeslot they purchase to air it, if they couldn’t sell just Blu-Rays but figures and merchandise to go with them too.

Even in Japan anime is a relatively niche medium, outside of family-friendly orientated shows like Doraemon. It operates on the same level that telenovellas do, where trying to get anything other than housewives to watch is an afterthought, and global distribution is even less important to the studios. There is some argument to be made for select shows that rely on licensing to make profits—such as Deadman Wonderland and its English OP—but the number of likewise shows is simply too insignificant. And this is why Infinite Stratos sold 33, 813 copies, combining mecha, harem and moe elements. And why did Madoka sell in excess of 71, 000 copies? Aside from the excellent story and music had extremely adaptable, often moe characters, so like IS, became popular and made for easy doujins. These are big sales numbers for anime. In a country of 125 million people. That should give you an idea of how direct these studios need to be to sell their anime to the few who are willing to purchase it.

What this all means is that western anime audiences should take some time and re-evaluate their expectations from anime as a medium. And this cannot be done from your own perspective. Put yourself outside of your shoes as someone from a western background. Think about how anime is watched in Japan, by whom, and who it’s made by. Then you’ll understand better why moe isn’t killing anime and why moeshit, mecha, mahou shoujo etc are so endemic in anime.