With the upcoming anime adaptation of Nisio Isin’s 13th book in the Monogatari light novel series Tsukimonogatari slated to hit TV stations Tokyo MX, BS11, and streamed on Niconico Douga on December 31, 2014. Shibuya’s Parco in Tokyo has revealed they will be hosting a limited Hello Kitty promotion with a special menu of drinks and food. Starting on December 5th, Hello Kitty will be sharing the venue with Monogatari for a collaboration leading into the New Year’s Eve broadcast of a four-episode adaptation of Tsukimonogatari.

Art for the limited goods featuring a mash-up of Hello Kitty with Yotsugi Ononoki, Shinobu Oshino and Mayoi Hachikuji has now been previewed. 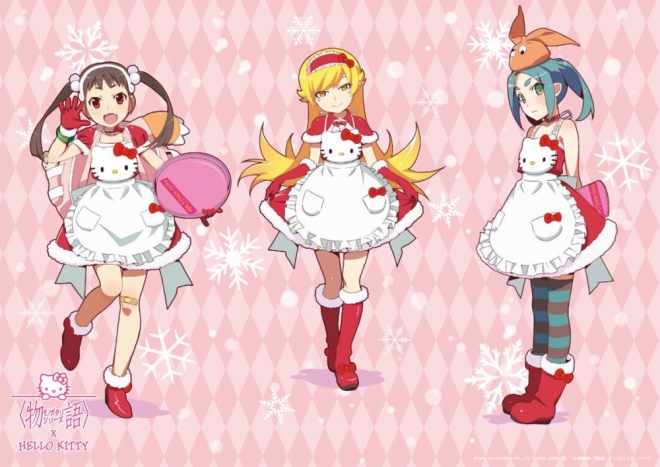 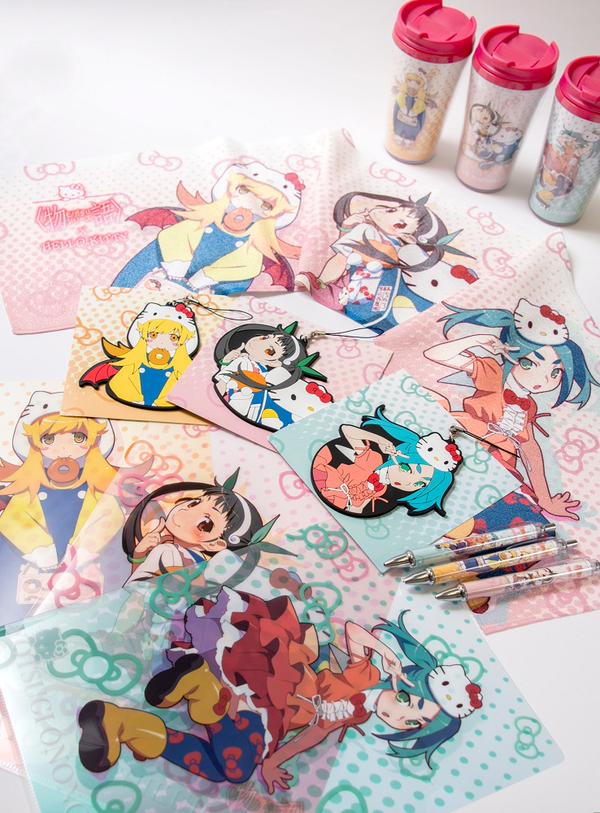 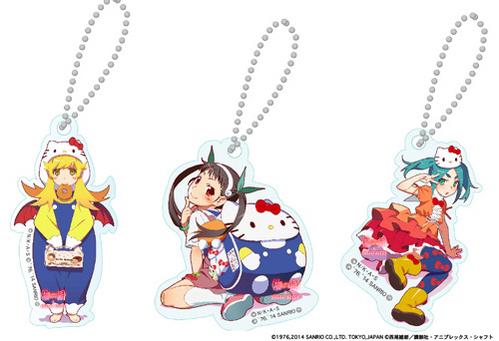 Several menu items dedicated to the collaboration have also been previewed. The sandwiches are inspired by Yotsugi Ononoki, Shinobu Oshino and Mayoi Hachikuji. There are even character-inspired donuts which will certainly make Shinobu Oshino jealous. Both dishes cost 1,800 yen (about $15.1) each. 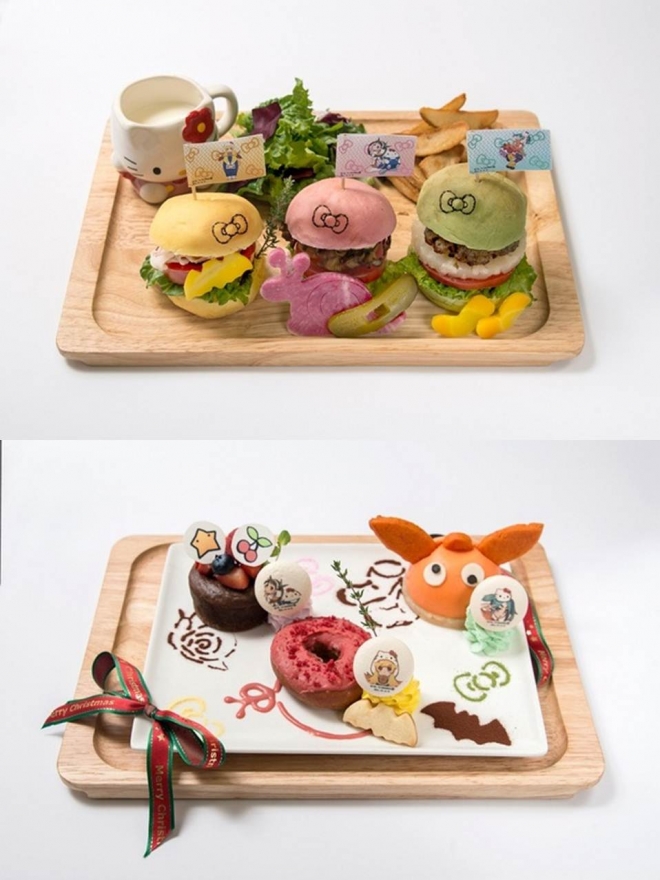 The special drink menu will feature all three heroines for 880 yen (about $6.7) each. These drinks are served with Cotton Candy. Also featured is a Hello Kitty latte which will come with a macaroon of your choice, which is either Shinobu Oshino, Mayoi Hachikuji and Yotsugi Ononoki. 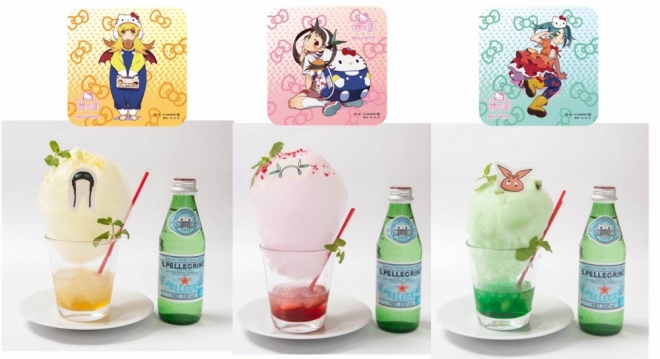 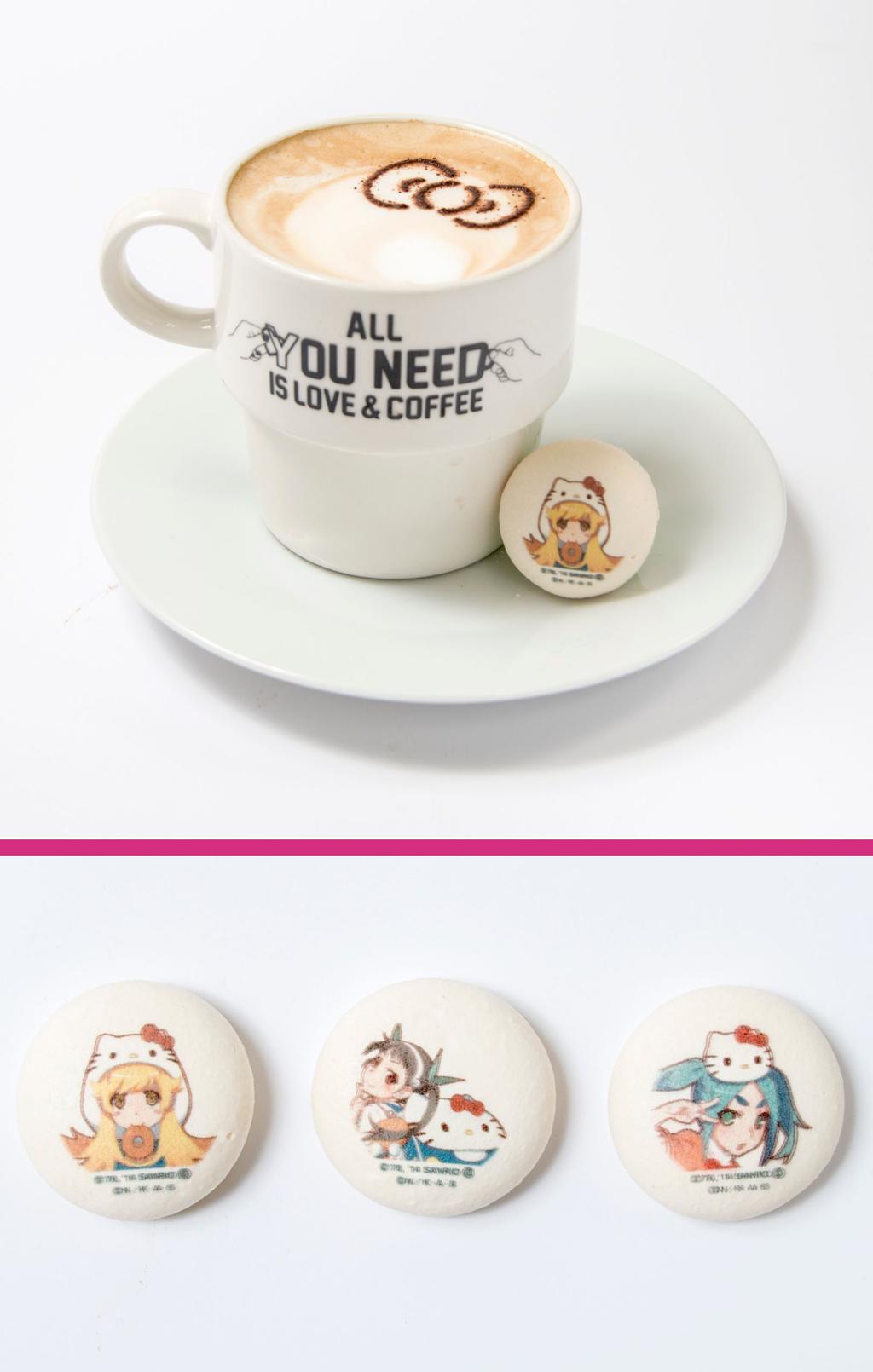