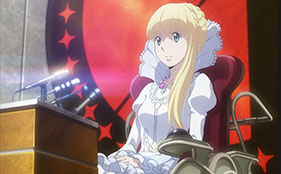 Aniplex have released the first TV commercial of Aldnoah.Zero 2nd Season on Monday with subtitles. The series is scheduled to air from January 2015 during the Winter 2014/2015 anime season. The commercial features spoilers for the first season and also gives us a sneak peak at the ending theme song GENESIS by Eir Aor.

SawanoHiroyuki[nZk]:mizuki will perform the opening theme song &Z for the second season.

Aniplex also released a teaser video for the second cour of Aldnoah.Zero a while ago:

The third visual for the series was also spotted in Japan earlier last week.