Capcom has released a promotional video for their upcoming browser game Monster Hunter Mezeporuta Kaitaku-ki, which represents many of the series’ iconic locations, armour, weapons and characters into your typical anime tropes: with cute girls with big breasts. The video itself also features Ayana Taketatsu’s image song Fai, who collaborated with Capcom with this game.

Monster Hunter Mezeporuta Kaitaku-ki is set in the world of Monster Hunter Frontier, the released MMORPG game of the series. The game itself is a MMO Simulation, Exploration, RPG where players take control of a guild and its members, travelling to different location, finding monsters to hunt and completing quests. The game is played in an over the top view, similar to tactical RPGs, during the exploration of a location, and in battle it is a familiar JRPG system, selecting your abilities to maximise your damage. You can have a party of 4 guild members, but are able to swap them out from your reserve team during battle.

When you do defeat a monster you get your typical Monster Hunter rewards where you can then craft and create better and more useful equipment, armour and weapons.

There will also be a small castle defence style mini game where you will need to defend the town from larger monsters, such as the Lao-Shan Lung:

Here are some of the locations and the monsters you may encounter in the game:

Here is one final video introducing and demonstrating the game and its mechanics:

Monster Hunter is one of Japan’s most popular franchises. The series started in 2004 on the PlayStation 2, and has since been on the PlayStation Portable, PlayStation 3, Nintendo Wii, Nintendo 3DS, Nintendo Wii U and the PC. To date, the entire franchise has sold over 28 million copies, with the latest main instalment being Monster Hunter 4 for the Nintendo 3DS selling over 4.1 Million copies in Japan. Capcom has recently announced that the game will be releasing outside of Japan as Monster Hunter 4 Ultimate in 2015, which will include additional content. A MMO, titled Monster Hunter Online was announced last year for China only. The beta opened in July last year and little information was released since. 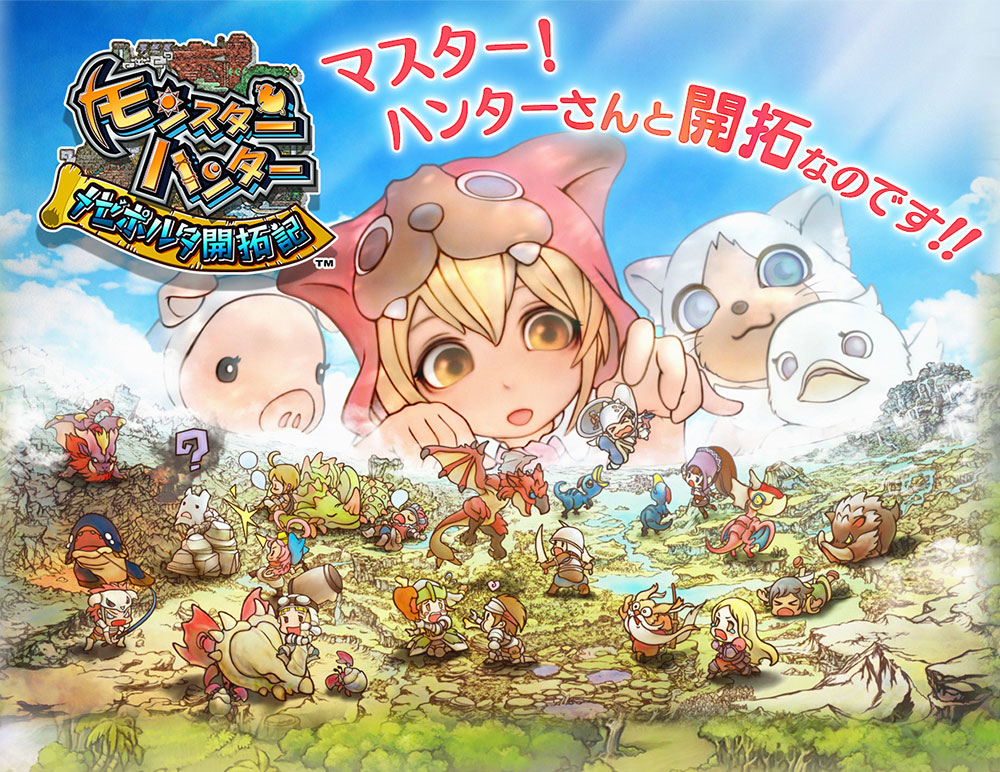 Monster Hunter Mezeporuta Kaitaku-ki is currently available to DMM Online Games members on its own website. The game will then release on the Capcom Online Games platform in Summer 2015.