On July 26th, the character designs for the Fall 2015 Season anime Ore ga Ojou-sama Gakkou ni “Shomin Sample” Toshite Gets♥Sareta Ken were released, along with the broadcasting stations for the show. Translated into English, the title reads The Story of How I Was Kidnapped as a “Sample Commoner” for a Princess School.

The character designs for the main cast are shown below:

The series also received a manga adaptation with the same title but was illustrated by Risumai (Danshi Koukousei noNichijou Anthology, Juukinzoku Kanojo). There are six manga volumes as of February 1, 2015.

In a hidden school surrounded by mountains, young ladies of good families are taught everything a high class lady needs to know. They are also completely cut off from the outside world, keeping them sheltered and innocent; however, a problem has come up recently—more and more graduates are failing to cope with the modern world after graduation. To deal with this problem, they’ve decided to kidnap a male commoner student, and enroll him as a student. They hope that this will be a gentle way to introduce the girls to the outside world.

Kagurazaka Kimito is chosen for this dubious honor, mostly because he seems utterly average; however, the school leaders also seem to have concluded he’s a homosexual with a muscle fetish. When Kimito hears that the alternative may be castration (to protect the girls’ purity), he eagerly plays along with this misconception. Now he’ll just have to survive the attention of many high class young ladies that are completely out of touch with the world! 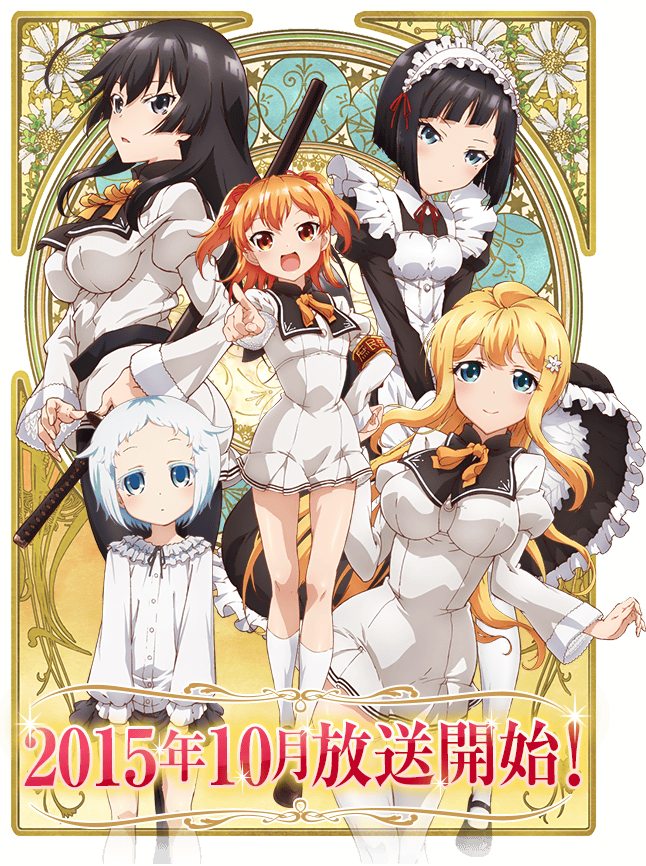