The official Twitter account for Wit Studio has revealed a new sketch of the original anime series Koutetsujou no Cabaneli. The new sketch displays Mumei stepping on Ikoma. 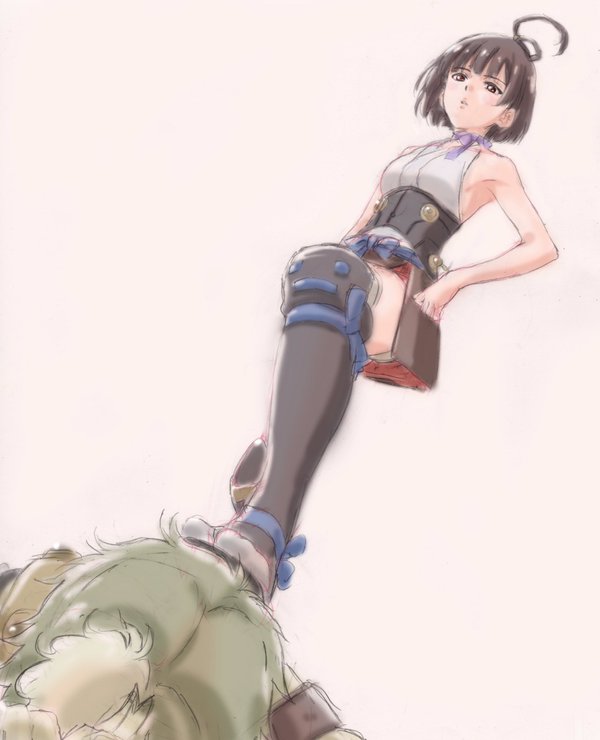 In addition to this, the series has been featured in the May 2016 issue ofNewType as a double page spread. This issue can be purchased here (get 5% off with coupon code MOE-N3Y-4YW0QK).