According to this year’s Kodansha’s Weekly Shounen Magazine’s 10th issue, which will be released on February 4, 2015, Nakaba Suzuki’s (Kongou Banchou, Rising Impact) Nanatsu no Taizai (The Seven Deadly Sins) manga will be having a one week break due to the manga artist’s sudden illness. The magazine apologized for the unforeseen hiatus but they assured that the new chapter will be released and the manga will resume as usual in the next issue. The 11th issue of Weekly Shounen Magazine will be released on February 11, 2015. 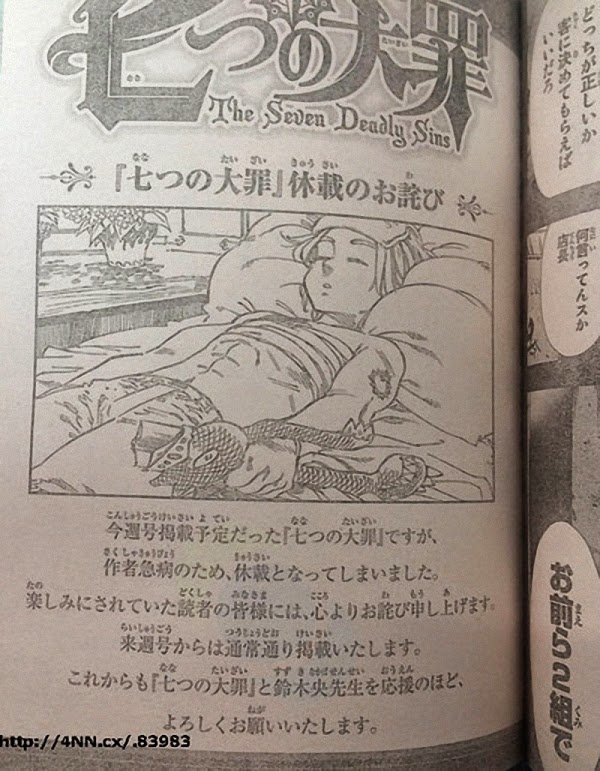 Suzuki began the adventure, supernatural, ecchi shounen series on October 10, 2012 in the 45th 2012 issue of the same magazine. The manga was based on a one-shot with the same title which was released in the magazine’s 52nd 2011 issue on November 22, 2011.

There are currently 12 compiled manga volumes for the manga. The first volume was published on February 15, 2013 with its first five chapters. While the 12th volume was shipped on December 17, 2014 covering chapters 87-95 plus an extra chapter titled Partner. The 13th volume will be released on February 17, 2015 featuring Elizabeth Liones, Hawk and Hendrickson as the cover characters.

The manga was licensed in English by Kodansha Comics. There are currently six compiled English manga volumes. The first English volume was released on March 25, 2014 while the 6th volume was released on January 13, 2015. The 7th volume is planned to be out on March 17, 2015 while the 8th volume will be on May 12, 2015. Crunchyroll has also licensed the manga and they have been releasing new chapters as they appear in Japan. 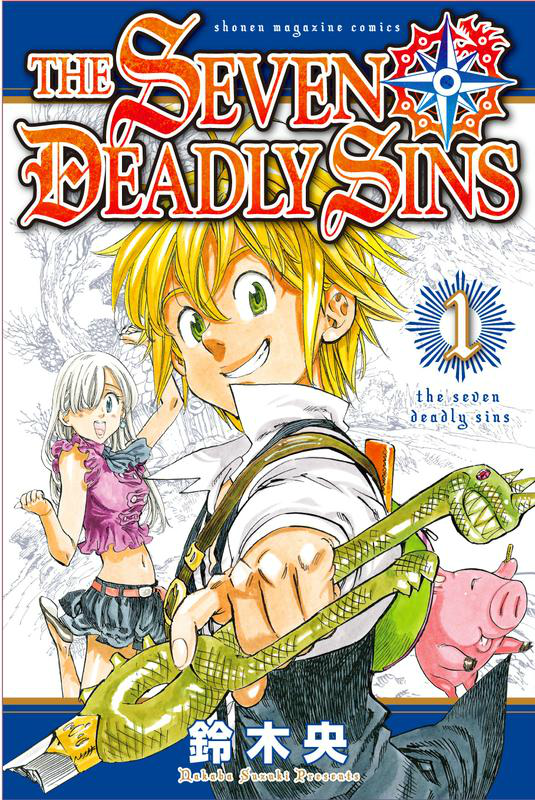 The one-shot pilot was compiled with five other short stories in a volume called Nanatsu no Tanpen. It was released on October 17, 2014. The compiled volume has a total of 8 chapters: 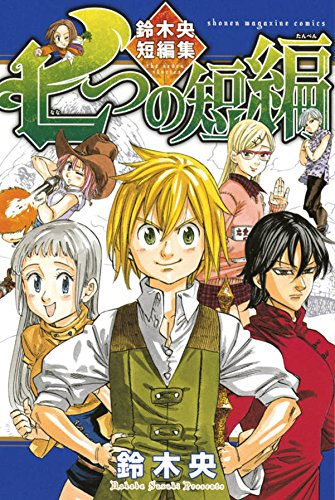 There is also another spin-off manga for the series titled Mayoe! Nanatsu no Taizai Gakuen! which was written and illustrated by Juuichi Kugi on August 9, 2014 in Kodansha’s Bessatsu Shounen magazine. The first compiled manga volume for the spin-off will be released on February 17, 2015, the same day as the release of the main series’ 13th volume. 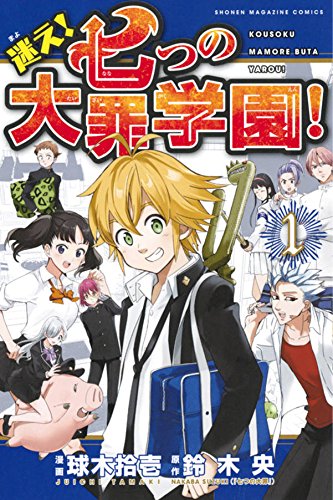 Synopsis of Mayoe! Nanatsu no Taizai Gakuen! from MAL:

This spin-off manga is a comedy which will re-imagine the sins from the original manga as high school students.

Nanatsu no Taizai also had a novel adaptation titled as Nanatsu no Taizai Gaiden which was written by Shuka Matsuda and illustrated by Nakaba Suzuki. The novel began its first volume release on December 17, 2014. 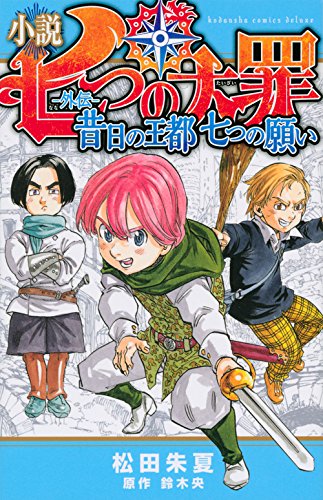 The series received an anime adaptation produced by A-1 Pictures (Aldnoah.Zero, Magi: The Labyrinth of Magic) and directed by Tensai Okamura (Ao no Exorcist, Sekai Seifuku: Bouryaku no Zvezda). It was announced to be a 24-episode series. It began airing since October 5, 2014 is planned to end on March 29, 2015. 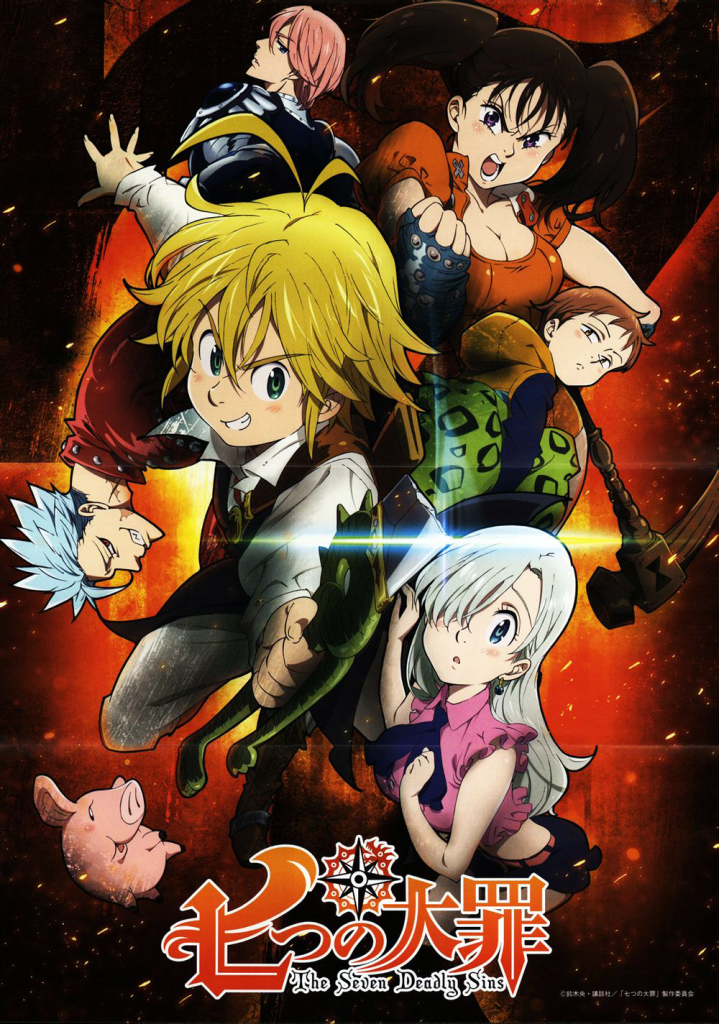