Rooster Teeth wrote on Monday that RWBY creator and director Monty Oum passed away on Sunday afternoon at the age of 33.

Rooster Teeth revealed earlier this week that Monty Oum had been hospitalized. Matt then confirmed that Monty Oum fell into a coma ten days ago after suffering an allergic reaction to a medical procedure. In the words of Rooster Teeth’s Matt, Monty is survived by “his wife  Sheena, his father Mony, his brothers Woody, Sey, Chivy and Neat, and his sisters Thea and Theary, as well as a countless number of fans and friends.” 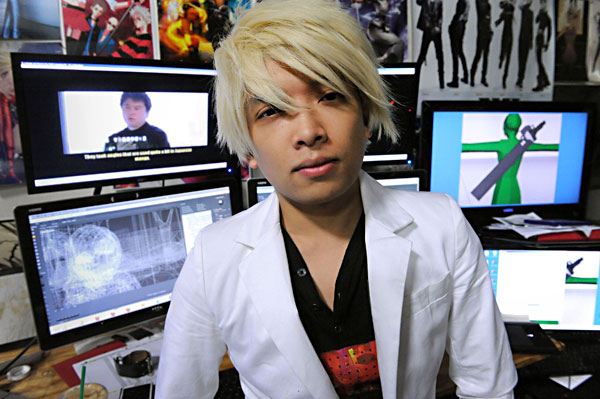 Monty Oum was the creator, director, writer, animator and a voice actor of RWBY. He worked for Rooster Teeth Productions, where he originally started animating the popular Machinima series Red vs. Blue in its eighth season.

He had also worked on several individual fan projects, such as Dead Fantasy and Haloid, although he had stated that his main goal was to create an original series, which came to pass with RWBY. He voiced Lie Ren.

You can help support Monty Oum’s family by checking out the fundraiser at this link.

Rooster Teeth’s The Know, reported on the news:

If you haven’t seen RBWY, you should definitely check out the first episode on Rooster Teeth’s YouTube channel below:

RWBY (pronounced “Ruby”) is an American animated web series created by Monty Oum for Rooster Teeth Productions. The show is set in the fictional world of Remnant, which is filled with supernatural forces. The series focuses on Team RWBY, which consists of Ruby Rose (Lindsay Jones), Weiss Schnee (Kara Eberle), Blake Belladonna (Arryn Zech) and Yang Xiao Long (Barbara Dunkelman). The first episode was released on the Rooster Teeth website on July 18, 2013, following an exclusive screening at RTX. The second volume premiered on July 4, 2014, at RTX and to the general public on July 24, 2014.

Following its announcement, the show became a viral hit, resulting in many cosplays and fan adaptations. One of the fan adaptations was a video game, titled RWBY: Grim Eclipse; the game was later officially adopted by Rooster Teeth, and is currently under development. The show has received positive critical reception, particularly towards the soundtrack, and anime-influenced animation.

Monty Oum passed away on February 1st, 2015, leaving the future of RWBY uncertain for the time being.