The official Twitter account of ufotable’s Fate/stay night: Unlimited Blade Works anime has announced that a new anime project in the Fate series is being worked on for 2016. 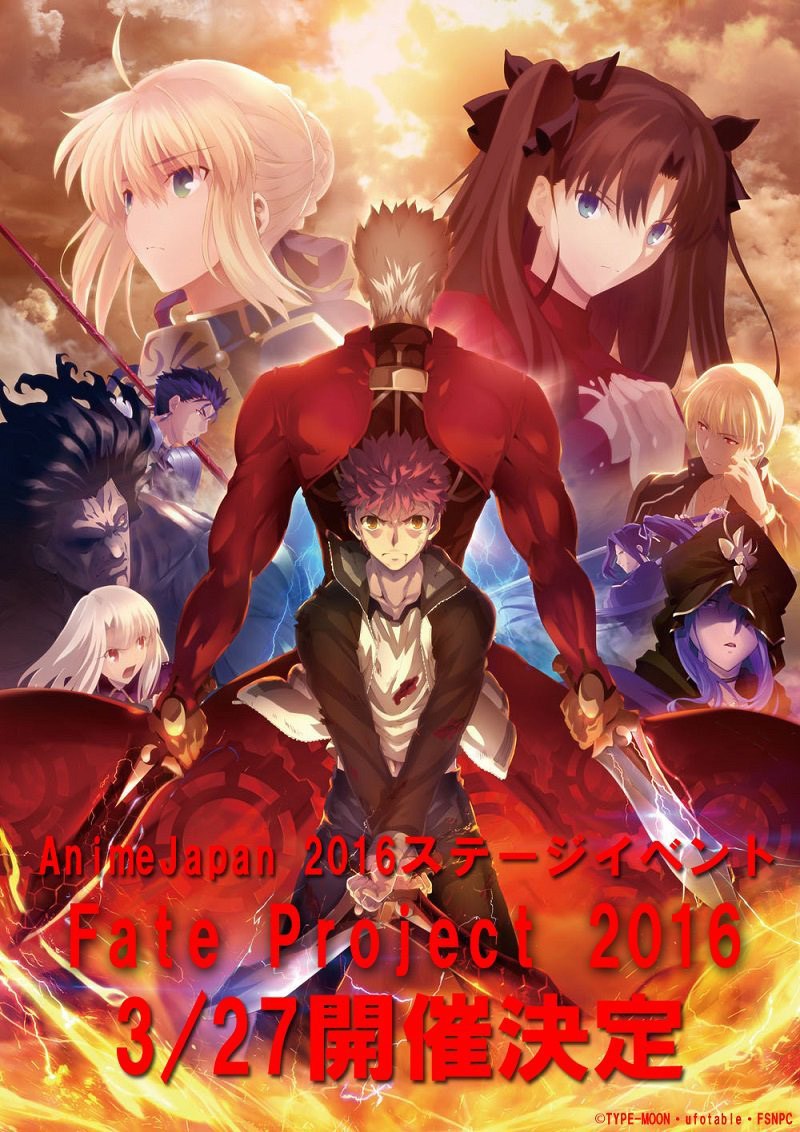 A brand new Fate Project is currently being produced for 2016. Any details about the new project will be revealed early next year.