A new visual for the anime adaptation of Kohske’s Gangsta. manga series has been featured as a poster in the October 2015 issue of the Japanese anime magazine Animedia with Worick Arcangelo, Nicholas Brown and Alex Benedetto in the new illustration. This issue of Animedia can be purchased here. 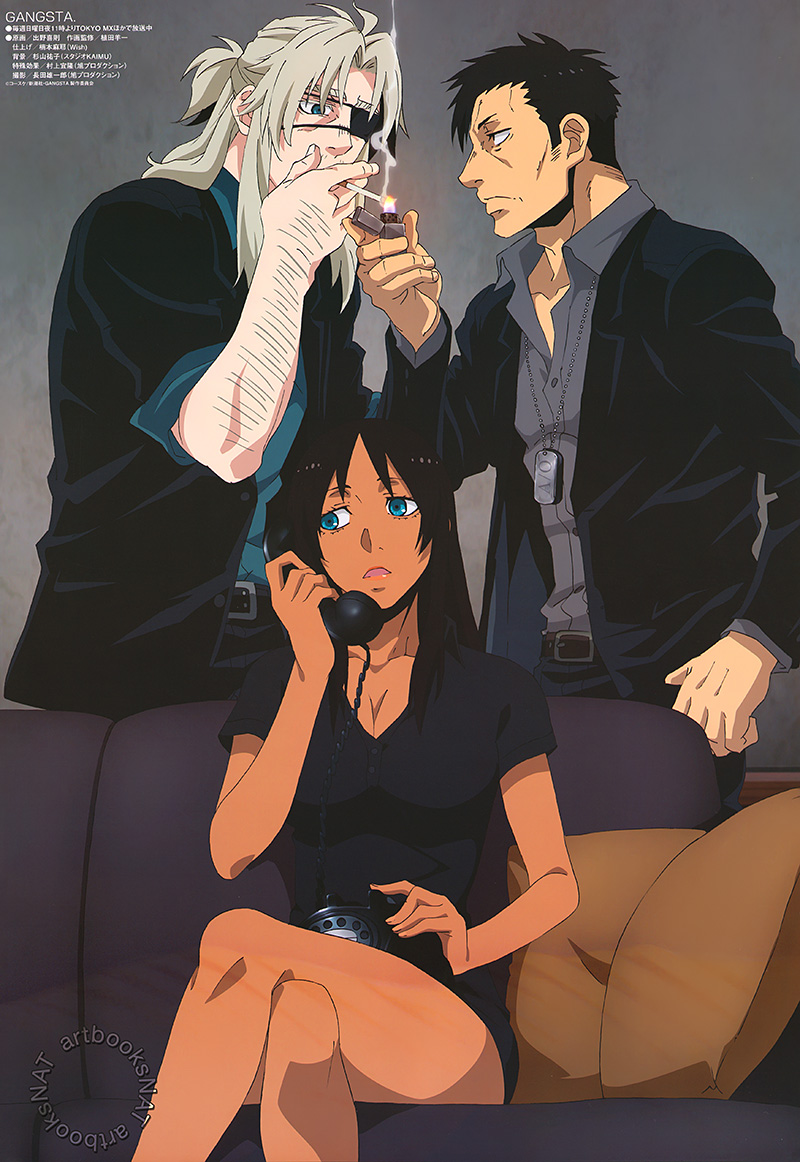