A new visual for Noragami Aragoto, the second TV anime season of Adachitoka’s Noragami manga, has been featured as a poster visual in the November 2015 issue of the Japanese anime magazine Animedia. 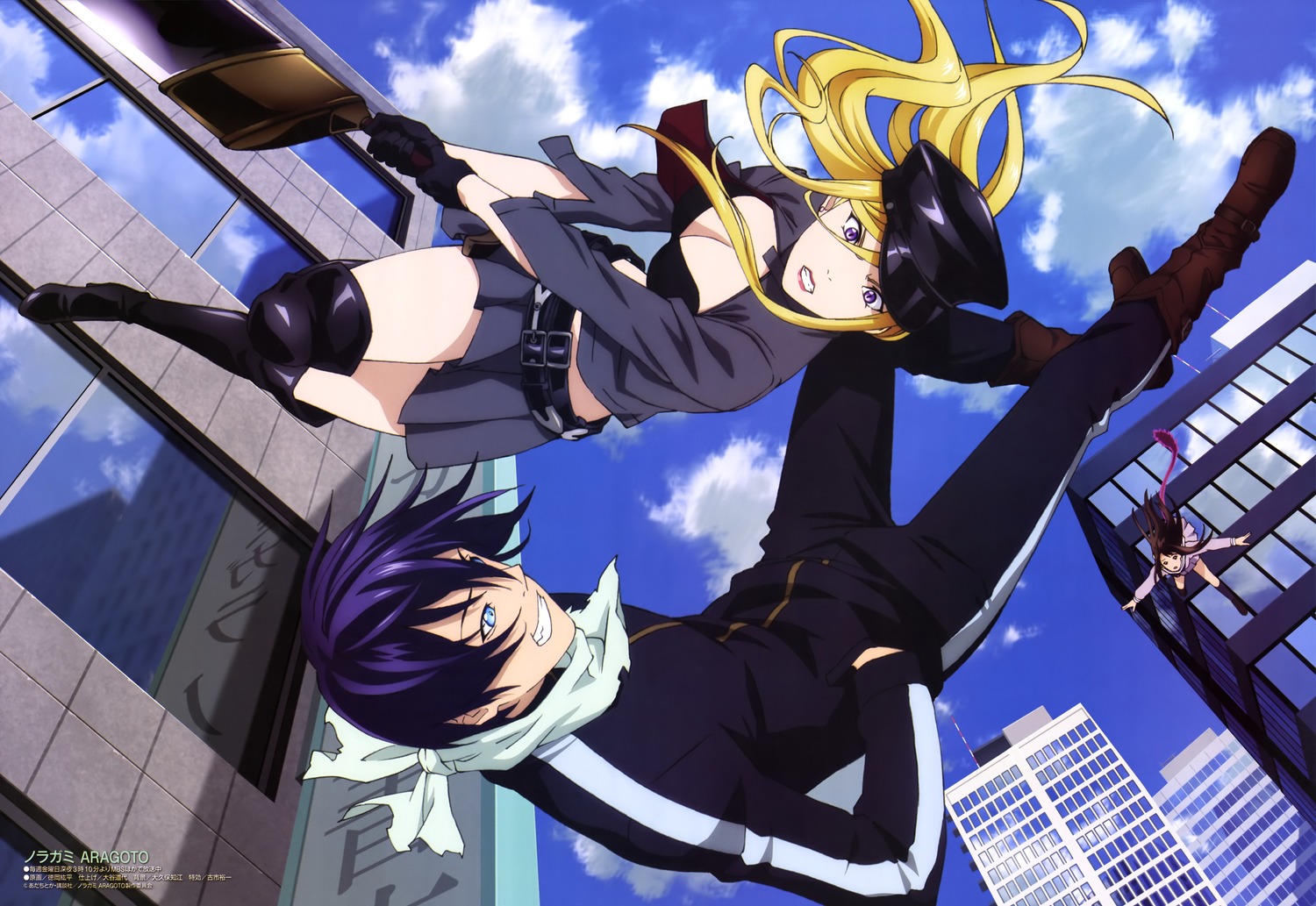 In addition to this, various visuals for the second TV anime season of Adachitoka’s Noragami manga have been revealed in Japanese magazines. The latest visual was double page spread in the September issue of Animage. This issue of Animage can be purchased here.

Noragami has also been featured as a double page spread in the September issue of NewType. You can purchase this NewType magazine issue here.

The second promotional video for the upcoming second season revealed that THE ORAL CIGARETTES will be performing the opening theme song titled “Kyouran Hey Kids!!” while Tia will return for the ending theme song.

The series was also recently featured in the September issue of Animedia as a double page spread.

In addition to this, the official website for Noragami Aragoto, the second TV anime season of Adachitoka’s Noragami manga, has revealed a new key visual for the series.