Originally a manga, the Attack on Titan anime is incredibly popular in Japan, spawning a photo meme and collectible merchandise as well as several adult movies. And pornography, we know, is always a true sign something is a hit. 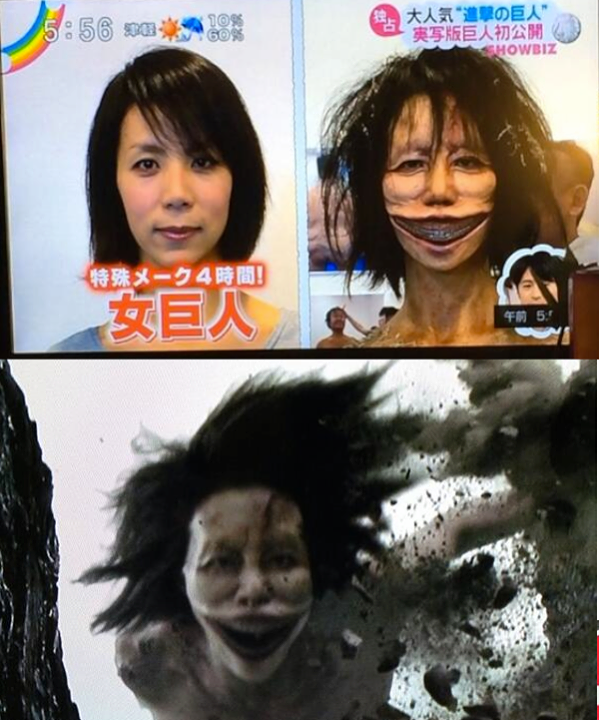 Japanese morning show Zip! showed an early look at the commercial, complete with green screens and actors in insane amounts of make up. The above actress, for example, needed four hours to complete her special effects make up. The result is rather amazing and unsettling, no?

The full commercial debuted last night on Japanese television. The ad seems to be a good indication of what the live-action flick could look like. What do you think?