In the fight against STDs and STIs the Japanese Ministry of Health, Labor and Welfare has teamed up with Sailor Moon. This partnership has resulted in an official campaign which includes the distribution of Sailor Moon-themed condoms.

The campaign’s mission is to spread awareness for sexually-transmitted diseases like HIV and syphilis through the distribution of 5,000 posters and 156,000 leaflets across 142 local government agencies and groups across the country. Naoko Takeuchi, Sailor Moon’s very own creator, is cooperating with the campaign personally. 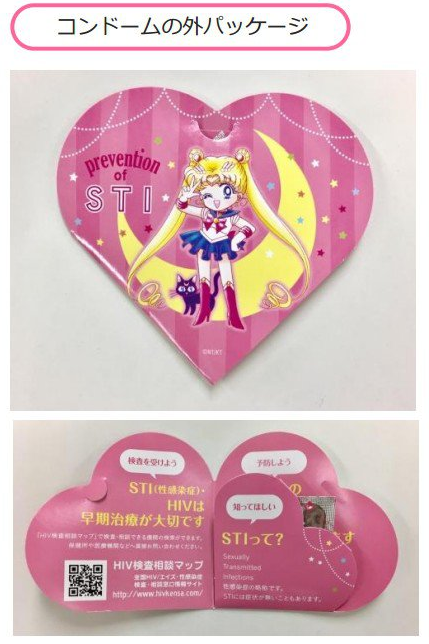