The latest issue of Shueisha’s Jump SQ.Crown maganze has announced that Yasuhiro Nightow’s Kekkai Sensen (Blood Blockade Battlefront) manga will be getting a second season of the anime adpatation, titled Kekkai Sensen & Beyond. The new season will be airing in 2017. 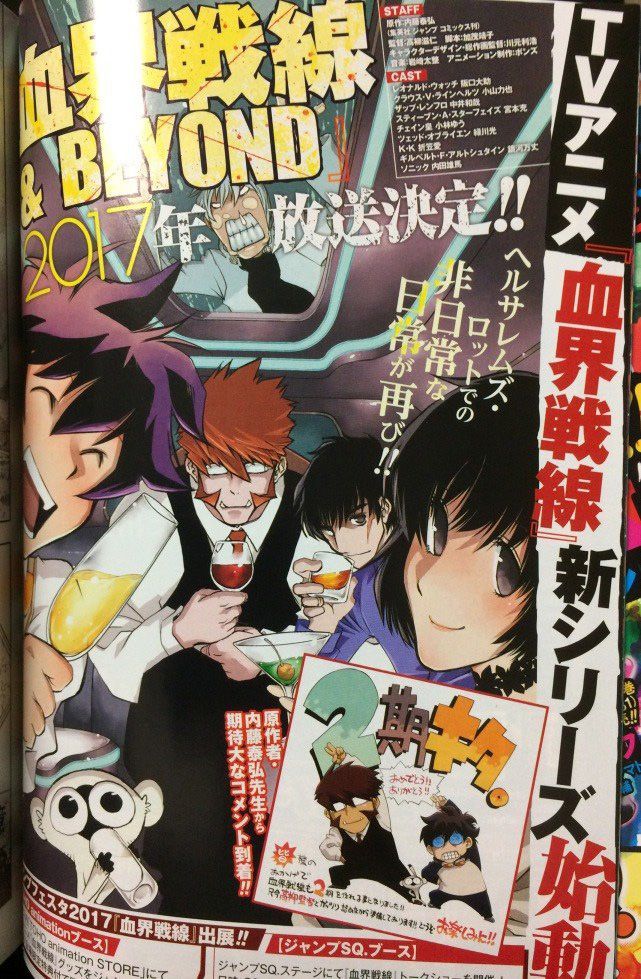 The main cast of the first season will return and includes:

The majority of the staff also returns for the second season, however a new director will be leading the series: