The official website for the anime adaptation of Eiichiro Oda’s One Piece manga series has revealed that One Piece will be receiving a new TV anime special on December 19 titled One Piece ~Adventure of Nevlandia~. The special will be the anime’s first winter special and will air on December 19 from 9:00 p.m. to 11:10 p.m. on Fuji TV.

The special will have a new and completely original story that will take place on a “Devil Fruit blocking” fog island in the New World that keeps Devil Fruit users from being able to use their powers. The crew will also again meet and have a rematch with the Foxy Pirates from the Davy Back Fight arc. Foxy now has three new subordinates: Doujack, Kanshou, and Koumei, the latter of whom is a member of a family of genius tacticians.

Koumei devises a plan where Zoro and Sanji take part in an eating contest, and the two eat a strange “good-for-nothing-only” mushroom that turns them into good-for-nothing men. The two are then locked in a jail cell. When the rest of the Straw Hat Pirates chase after their imprisoned crew, they land on the island of Nevlandia, which features a mysterious fog made from sea water, and it has the same effects as seastone. The Straw Hat Pirates’ arrival on Nevlandia is also a part of Koumei’s plan. 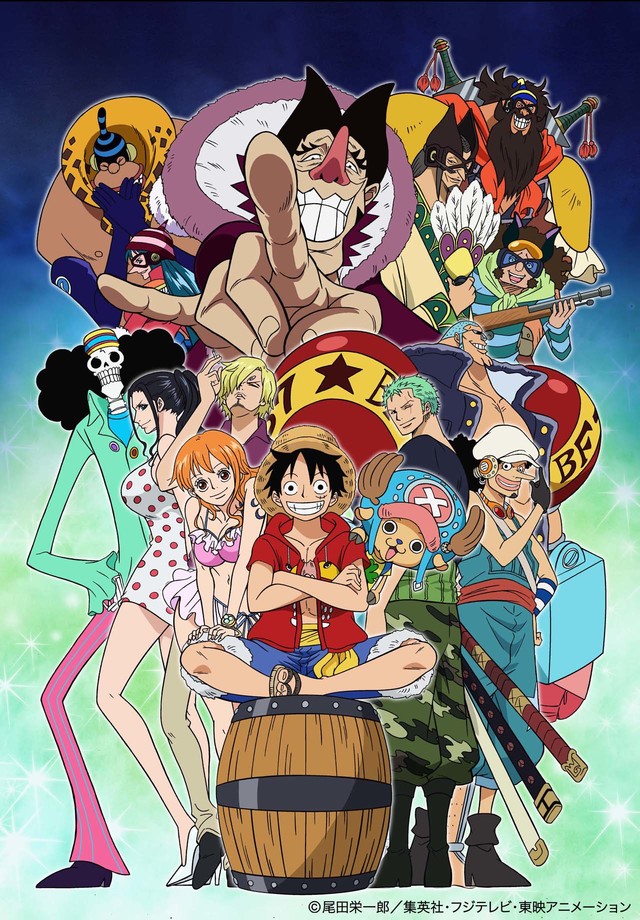 The previous TV special titled, One Piece Episode of Sabo, aired on August 22. The end of the special announced that the 13th anime film in the franchise will open in summer 2016.