The first 2016 issue of Shueisha’s Weekly Shonen Jump magazine will be revealing on Monday that the 13th One Piece film is titled One Piece Film Gold, and it will debut in Japan on July 23. 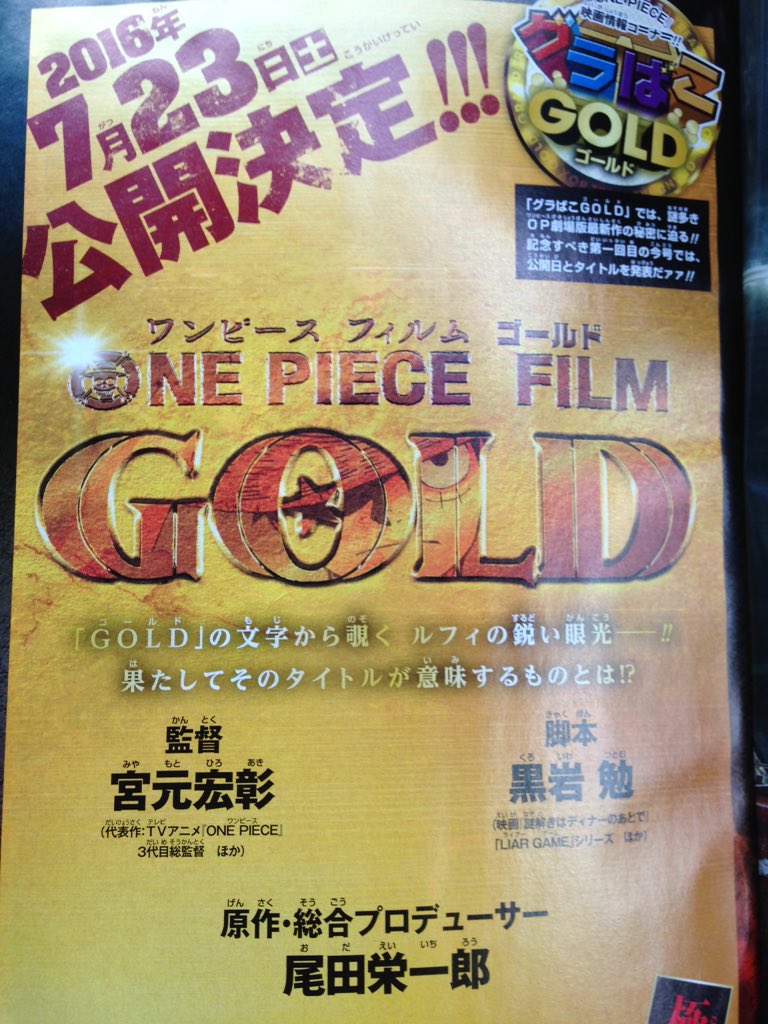