It was announced on Anitamasai (abbreviated as Anime and Manga Matsuri in Saitama; a Saitama-based anime and manga festival/convention that was held on October 11 & 12) that an original anime called Urawa No Usagi-Chan will start airing on TV Saitama in Spring 2015. The anime’s official Twitter account also revealed the news.

The anime is to advertise Urawa City in Saitama, Japan. And the characters of the series will be named after many places of the city.

The cast were announced as follows: 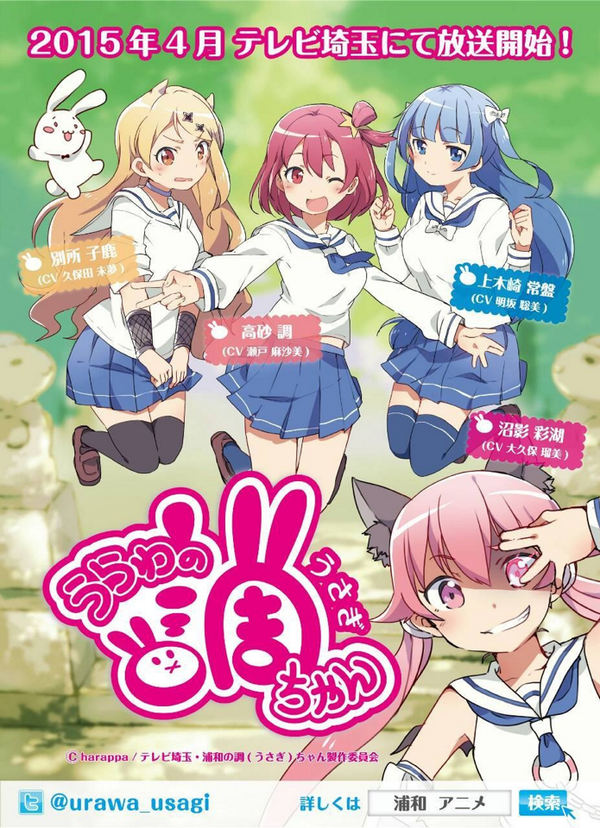