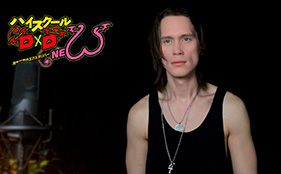 PelleK is a Norwegian rock and metal vocalist who covers a wide range of music genres on his YouTube Channel and recently he has covered Owari no Seraph‘s opening theme “X.U.” by SawanoHiroyuki[nZk]:Gemie and High School DxD BorN‘s opening theme “BLESS YoUr NAME” by ChouCho.