Home Anime Prepare for Owarimonogatari with This New Visual

A new visual for the upcoming anime adaptation of NisiOisin’s Owarimonogatari has been revealed as a double page spread in the October 2015 issue of the Japanese anime magazine NewType. You can purchase this issue of NewType magazine here. 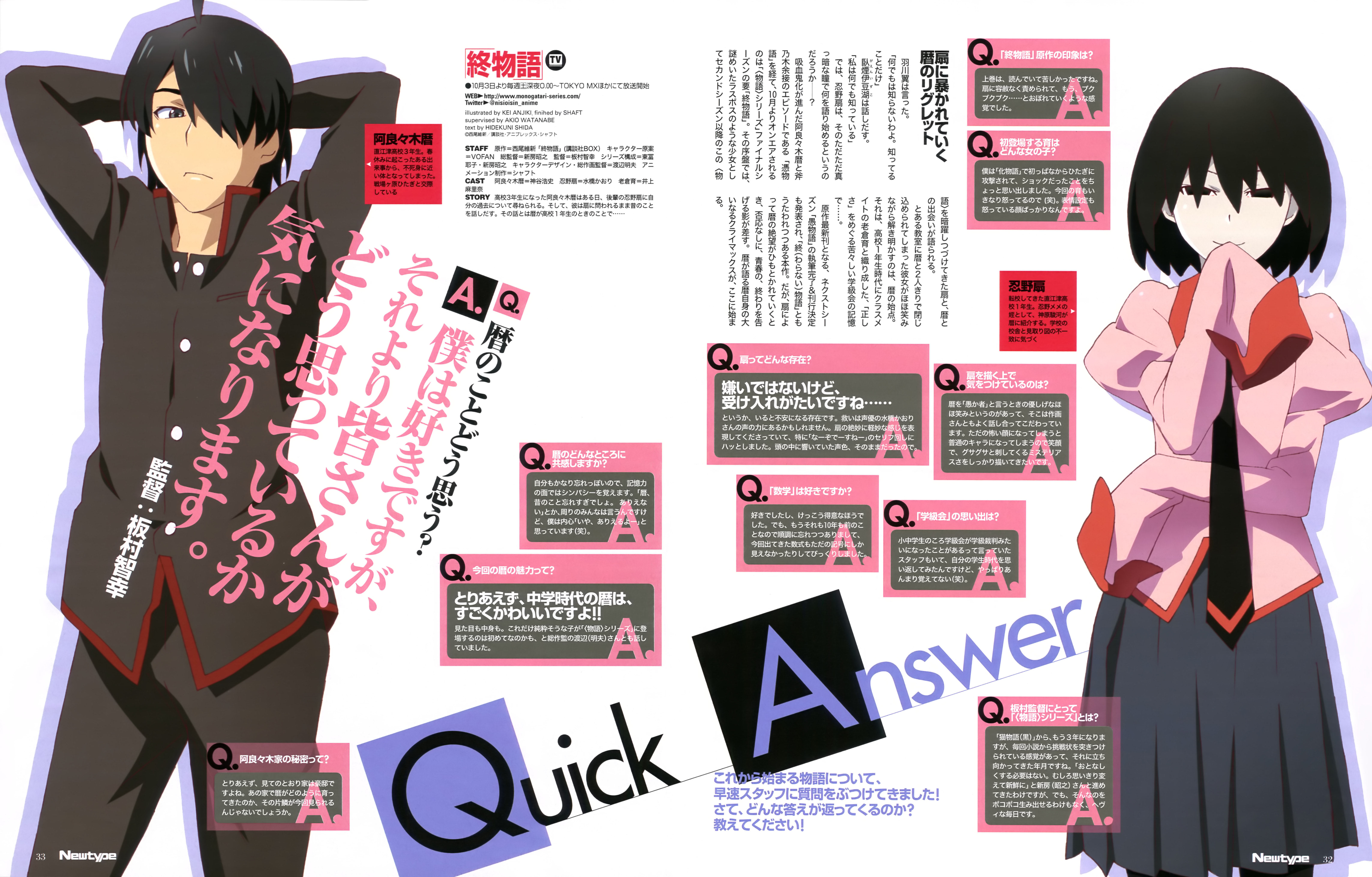 In addition to this, the official website of the anime adaptation of NisiOisin’s Owarimonogatari has launched revealing new information about the upcoming TV anime, which will start on October 4th. In addition the site has also revealed the first visual and promotional video.

The first light novel volume in Nisio Isin’s Mongatari Series: Final Season, Tsukimonogatari, was announced to be in-production in October 2014, and aired as a 4-episode New Year’s Eve TV Special that year. The short story collectionKoyomimonogatari is the second volume, Owarimonogatari spans volumes 3-5, and the final volume ZokuOwarimonogatari completes the series. Official announcements regarding the anime adaptations of Koyomimonogatari have yet to be made.