A brand new visual of the Senki Zesshou Symphogear series has been featured in the August 2015 issue NewType magazine. The new double paged spread visual features Maria Cadenzavna Eve and Tsubasa Kazanari striking a wonderful pose together. This issue of NewType can be purchased here. 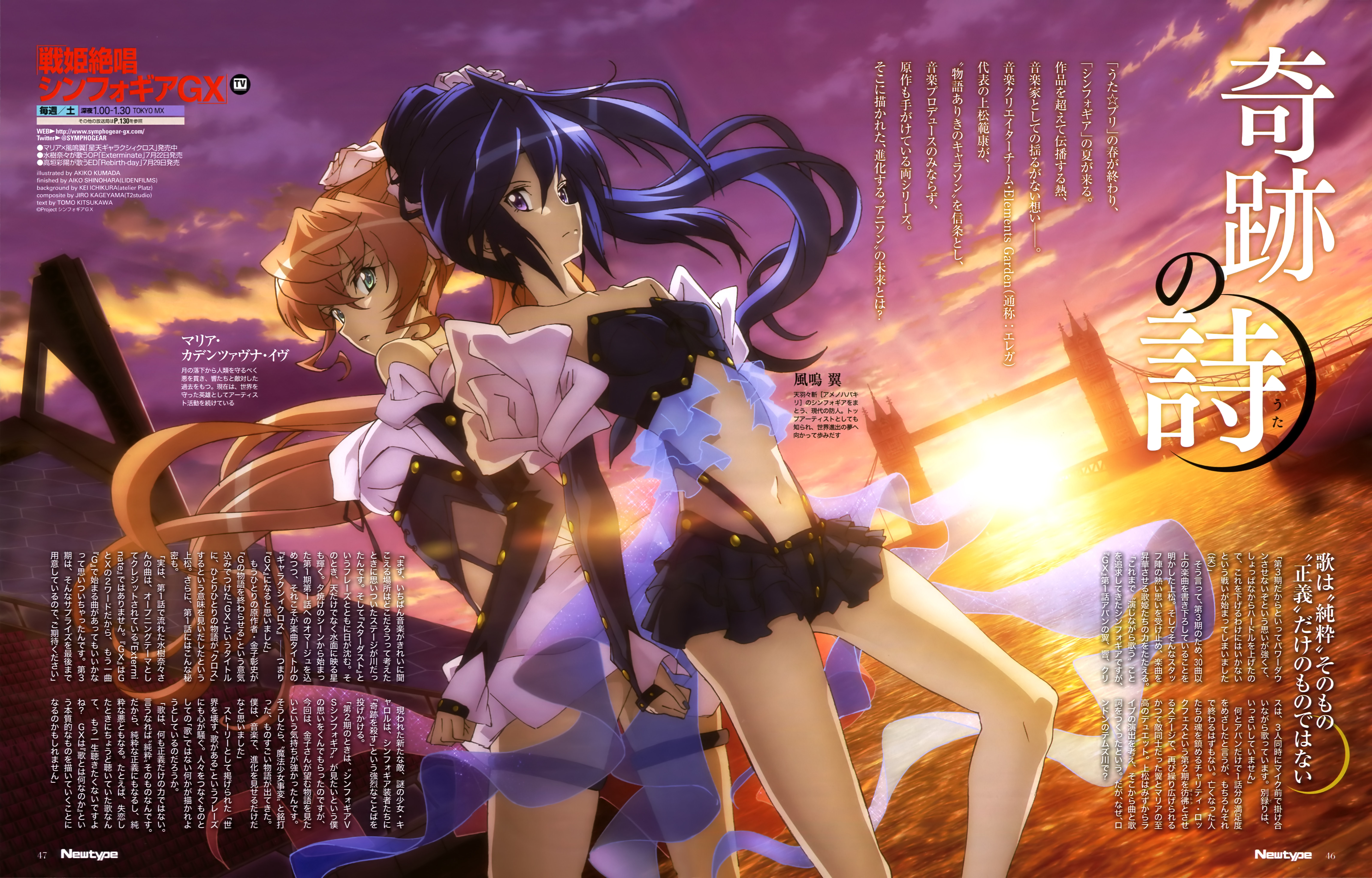